Home > About us > Meet the team

A strong team at the head of CrossCountry. 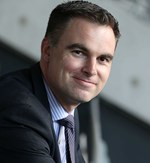 Tom joined CrossCountry as Managing Director in June 2019 from Arriva UK Trains Division, where he was involved in developing our Customer Strategy and providing leadership in several key operational areas.
Starting his railway career at the age of eighteen for British Rail in 1993 as traincrew, Tom worked his way successfully through various operational and customer facing supervisory and managerial roles. His first executive role was leading Silverlink Metro, and then moved on to director roles at First Great Western and First Capital Connect before joining Network Rail as their Future Operations specialist. Tom was then asked to turn around London Midland through significant operational difficulties before joining Arriva as Managing Director at Arriva Trains Wales, leading the team there, and then ultimately overseeing the successful end of the franchise, including the demobilisation of what was Arriva’s first contract in the UK rail market.

John brings nearly 30 years’ rail experience, having held numerous operational roles for West Midlands Trains and Virgin Trains as well as delivering successful projects in rail consultancies.
With full responsibility for the operational and financial performance of the West Midlands and North West region, John will be able to provide strategic direction to support the business’ growth. 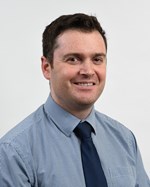 Richard is a Chartered Mechanical Engineer with 17 years’ experience in traction and rolling stock engineering. Richard has been managing engineering teams for a number of years and took up the role of Service Delivery Director in October 2019.
During his time at CrossCountry, Richard has delivered strong fleet performance and safety for our fleets and has been responsible for delivering a number of challenging franchise commitments, including bringing our 40 year old HST Fleet up to modern accessibility standards, introducing free Wi-Fi service on all fleets and fitment of the autosander system on the Voyager fleet (the latter project winning the 2018 Rail Business Award for Technical Innovation Excellence). 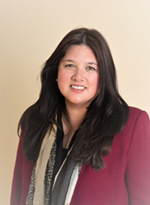 Following an extensive career within the automotive sector, Colette joined CrossCountry in the newly created position of Customer Director in September 2021. During the last 20 years, Colette has held several commercial roles with large automotive organisation's including MG Rover and General Motors working across various brands including Vauxhall, Chevrolet and Saab, in Sales, Marketing Communications, Digital Management and more recently as Head of Quality and Customer Experience at Groupe Renault, where she had responsibility for defining and implementing standards, processes and training across the dealer network. Colette along with her team remain committed to providing solutions, which ensure that all our customers receive a great CrossCountry experience every day. 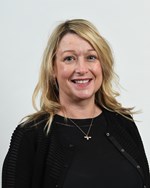 Gillian leads CrossCountry’s Finance team, taking care of the business’s financial health, medium and long-term growth strategy and reporting. Gillian joined us from Arriva TrainCare where she was the Finance and Commercial Director and Deputy MD.
Gillian, who is a qualified engineer, retrained in finance 15 years ago and has been with Arriva for 9 years. Over the last 5 years, Gillian has played a significant role in the strategic and operational successes at Arriva TrainCare, transforming the company from a marginal business to a successful multi-site operation with significant revenue, customer engagement, commercial focus and profit growth. 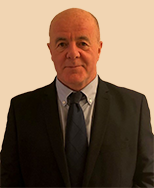 Steve leads the team responsible for taking care of  Cross Country’s people,   including recruitment,  employee relations, development and training for all   1800+ employees. Steve has extensive strategic  experience, having delivered   numerous cultural  change and employee engagement initiatives. He has  held   positions in a variety of sectors including rail where he was Head of HR Joint Venture at Balfour Beatty Rail/TFL. His most recent role saw him provide strategic leadership to global charity Amnesty International throughout a period of political unrest in Hong Kong. 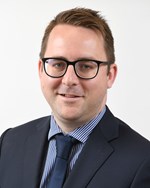 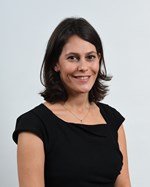 In November 2019, Sally joined us from Chiltern Railways. Sally has significant experience in external and internal communications and in recent years, she has completed an MBA specialising in international business and marketing. Sally also has significant agency experience having worked for a large London-based communications consultancy for six years prior to joining the rail sector. Here she worked in corporate communications for numerous international businesses including HSBC and Unilever.
As Head of Corporate Affairs at CrossCountry, Sally is responsible for the development and delivery of the corporate affairs strategy to support the business' wider business objectives. She oversees all communications activity as well as the approach with stakeholders and the Department for Transport.