CrossCountry is proud announce its renewed corporate partnership with the National Railway Museum.

The partnership provides opportunities to work together towards the museum’s Vision 2025, to capture the hearts and minds of the next generation of engineers, innovators and thinkers.

The National Railway Museum is committed to highlighting the work of today's railway network, as seen in the recent Railway Heroes exhibition showcasing railway workers who gave back to their communities - and country - during the Covid-19 pandemic.

Vision 2025 is a six-year journey to transform the National Railway Museum, York, and Locomotion in Shildon into the ‘World’s Railway Museum’ by becoming a global engineering powerhouse and a space to celebrate the past, present and future of railway. 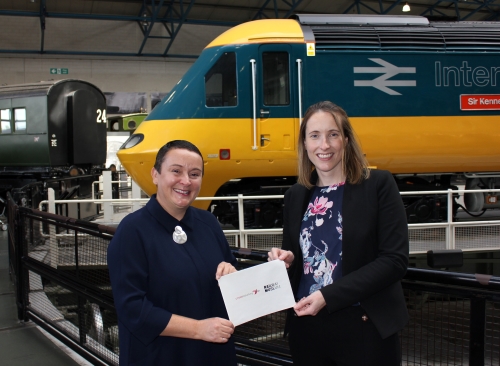 Anna Weeks, North East & Scotland Regional Director at CrossCountry Trains said: “We are delighted to be renewing our partnership with the National Railway Museum to show our support towards Vision 2025 and help inspire the engineers and railway employees of the future.”

CrossCountry’s network is a long distance passenger train operator. Stretching from Aberdeen to Penzance and from Stansted to Cardiff, it calls at over 100 stations. Based in Birmingham, it connects seven of the Britain’s 10 largest cities.

CrossCountry is part of the Arriva group, one of the leading providers of passenger transport in Europe. Arriva employs over 46,000 people and delivers over 2 billion passenger journeys across 14 European countries each year