Serina Badhan, a Customer Relations Consultant based at CrossCountry's Birmingham headquarters, will be making the two-week voluntary trip to Dhaka on Wednesday 1 April and will be accompanied by six other volunteers from her home city of Derby.

Serina, 26, said: "I've heard so much about child poverty in Bangladesh and I wanted to help in some way. Therefore travelling to Dhaka, which is one of the world's most densely populated cities, is a once in a lifetime opportunity and I can't wait to go. When I'm there I will be helping in an all-girls orphanage during the day but also working with the homeless into the late evenings."

Serina added: "The Dhaka region itself has a population of 12 million people and has an extremely high poverty rate. So I hope that I can help in any way possible during my two-week stay and make a difference to the lives of the orphans and homeless people in Dhaka's slums."

CrossCountry, one of Britain's largest rail franchises, has also donated a number of items for Serina's trip which include caps, pens and other useful items for the Dhaka orphanage.

Please find notes to Editors, CrossCountry facts and figures below.
For more information feel free to contact us on 0121 2006115 or by email to communications@crosscountrytrains.co.uk 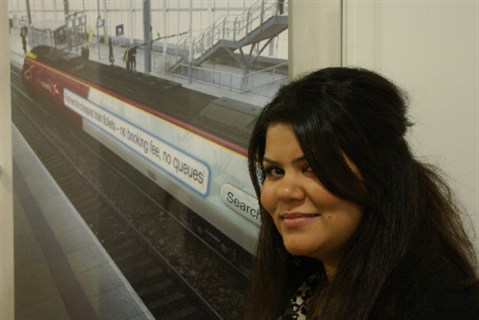 If your browser does not recognise the file type PDFa free Adobe Acrobat Reader can be downloaded from the Adobe website.