Home > About us > Press > The Face of Suffrage

The Face of Suffrage

Birmingham New Street is to host a unique art installation which celebrates 100 years since women first got the right to vote.

The ‘Face of Suffrage’ artwork will be a floor-based, 200 metre-square photo mosaic consisting of more than 3,500 images of females from across the West Midlands and beyond.

It will be made up of a combination of historical images of women involved in the suffragette movement from the West Midlands in the early 1900s and of pictures of females from today.

When viewed from above, the mosaic will show a leading face – still to be decided – from the suffrage movement in the West Midlands.

Birmingham New Street, which has 170,000 passengers every day, was chosen because it’s large concourse provides an ideal space to host the art work and the railway from Birmingham was important in transporting people to London in support of the movement.

The mosaic will be created by artist Helen Marshall, of the People’s Picture, who has installed similar projects across Britain marking other historic occasions.

Women from across the West Midlands are invited to submit their own picture to be part of the mosaic and there will be opportunities at the station to have photographs taken as well - the first of which will be on Monday 1 October from 10am.

To submit your photograph to be included, visit www.thepeoplespicture.com/thefaceofsuffrage. 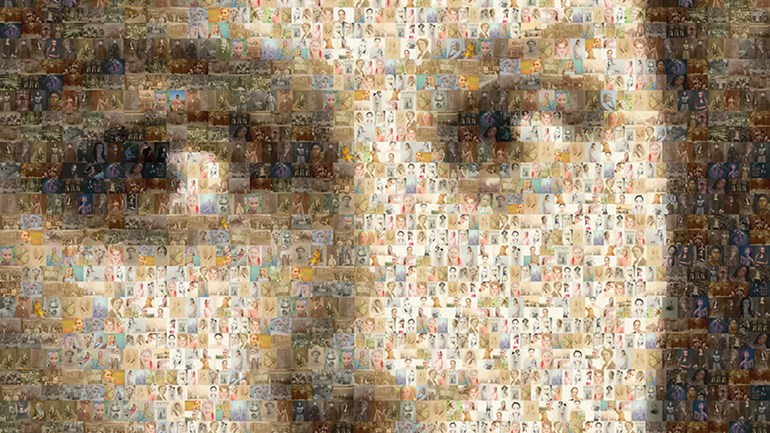 Alex Bray, CrossCountry Liaison Manager, said: ““We are delighted to be a partner in the significant ‘Face of Suffrage’ project at Birmingham New Street Station.

The project will celebrate and commemorate this important year for women, 100 years of the vote, utilising archive and historical imagery alongside images of women from today. The project will not only include wonderful heritage imagery to inspire and offer learning opportunities but will also allow anyone and everyone to participate in celebrating a woman in their life, a mother, sister, daughter, grandmother, friend or colleague.

The community engagement element of the project, via a digital online facility and the workshops in community settings, makes the project very exciting. The project will be seen and experienced by thousands of people. We are very pleased to be involved.

Birmingham is so central to our national operation, and the opportunity to get our customers and staff involved in such a large commemorative piece of art work is an opportunity we did not want to pass up.“

Helen Marshall, the artist behind the art work and from The People's Project, said: “I am thrilled to have the opportunity to show such a huge art work in such an exciting public space.

"The idea came from my personal experience as a female achieving my dream to be an artist and for the wish for women to become more visible, as they have been so invisible throughout art history, both in the representation in portraiture and as artists in their own right.

"My work is about breaking down boundaries between professional and amateur photography and also amongst people. I truly hope everybody will feel compelled to send in a photo and be part of this celebration."

The artwork will be on display from Thursday 15 November to Friday 14 December – the day which marks the 100th anniversary of women voting for the first time.

There will be events taking place in Birmingham during the display period to celebrate it and learn more about the suffragette movement.

For more information or to upload your photograph to be included in the mosaic visit www.thepeoplespicture.com/thefaceofsuffrage.