Home > About us > Press > "Trains-forming" the bulge in Bristol

"Trains-forming" the bulge in Bristol

Now with a 20-strong membership, the Bristol-based club was formed only last summer and is already seeing some success stories - none more so than in Retail Service Manager Sam Kot who has lost a total of 2st in 12 months!

Dawn Perkins, Customer Service Manager at CrossCountry's Bristol Depot is the founding member of the Fat Club. She said; "Our Fat Club has grown into a great, fun way to loose weight, diet and get healthy. There's no pressure on anyone to take part but those who do not only manage to shed some of those unwanted pounds, but also raise money for the charity of their choice. We're not aiming for the American-style 'size zero' but everyone would like to look good in their new CrossCountry uniforms when they're unveiled later this year!"

Dawn added; "Across the country at the moment there is a huge drive to reverse obesity trends so we're pleased to be doing our bit to make people fitter and healthier here in Bristol."

Unlike other weight-loss plans, members of CrossCountry's Bristol Fat Club set their own lifestyle, diet and weight targets and pay only a small fee. The Club has supported a variety of charities including Heaven Angels, an organisation that provides support for hospitals in Gambia, Africa.

There are over 100 employees based at CrossCountry's Bristol depot. This includes train drivers, train managers, retail service managers and first-class hosts.

According to research undertaken by the Department for Health, it is estimated that 1.1 million people in Britain suffer with eating disorders. Latest National Statistics show that males are more likely than females to be overweight (or obese), 67% compared with 58%. This compares with 58% of males and 49% of females in 1994.

For more information feel free to contact us on 0121 2006115 or by email to communications@crosscountrytrains.co.uk

CrossCountry started operating on 11 November 2007. The franchise, which is the most extensive in the UK, will run until 31 March 2016. For further information on CrossCountry services and future franchise plans log on to www.crosscountrytrains.co.uk

CrossCountry is part of the Arriva group which operates transport services in ten European countries, employs more than 38,000 people and provides more than one billion passenger journeys every year. For more information about the Arriva group visit www.arriva.co.uk 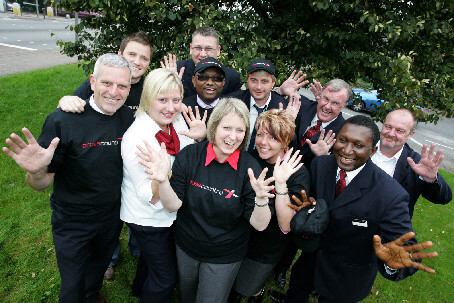 If your browser does not recognise the file type PDF a free Adobe Acrobat Reader can be downloaded from the Adobe website.