Please note this blog was written pre COVID19, so when visiting these destinations please follow all social distancing guidelines.

In a world full of technology, sometimes it’s nice to just curl up with a good book and head to some of our favourite fictional locations. Here at CrossCountry, we have chosen some of our favourite book-inspired locations for you to explore. From the magical world of Harry Potter to the dark crimes of Agatha Christie we’ll take you beyond the pages.

Don’t forget to book an Advance ticket for a CrossCountry train to take advantage of our great savings.

The Scottish Capital is said to be the location for over 500 novels, but in recent years it has featured as the home of Ian Rankin’s Detective Inspector John Rebus. The 20+ novels depict Rebus crime-fighting in the Edinburgh underworld and feature locations such as; The Oxford Bar, Edinburgh Castle and The Writer’s Museum. For more details head to Ian Rankin’s website to view Rankin’s Edinburgh.

Read the Book: Start from the very beginning with Knots & Crosses the first in the John Rebus Series.

Torquay sits at the heart of the English Riviera and is known for its rather non-British climate! But did you know it has inspired many locations in the Queen of Crime, Agatha Christie’s books?

Born in Torquay, Agatha first took to crime writing after working in the Torquay chemist dispensary, giving her a working background knowledge of medicines and poisons. After that she continued to write over 80 stories, which have only ever been outsold by the Bible and the works of William Shakespeare!

Whilst in the town, why not do the Agatha Christie Mile, which covers many of the locations that were part of Agatha’s life or work, from the Princess Gardens that featured in the ABC Murders to the Imperial Hotel which took a role in Peril at End House, The Body in the Library and Sleeping Murder.

If you fancy travelling that little bit further why not visit her holiday home Greenway which is further down the coast? For more details read our blog post on The Best National Trust properties.

Read the Book: There’s so much choice! For a Torquay inspired one why not try Peril at End House?

How to get there: The Grand Hotel is just a 3-minute walk from Torquay Station. 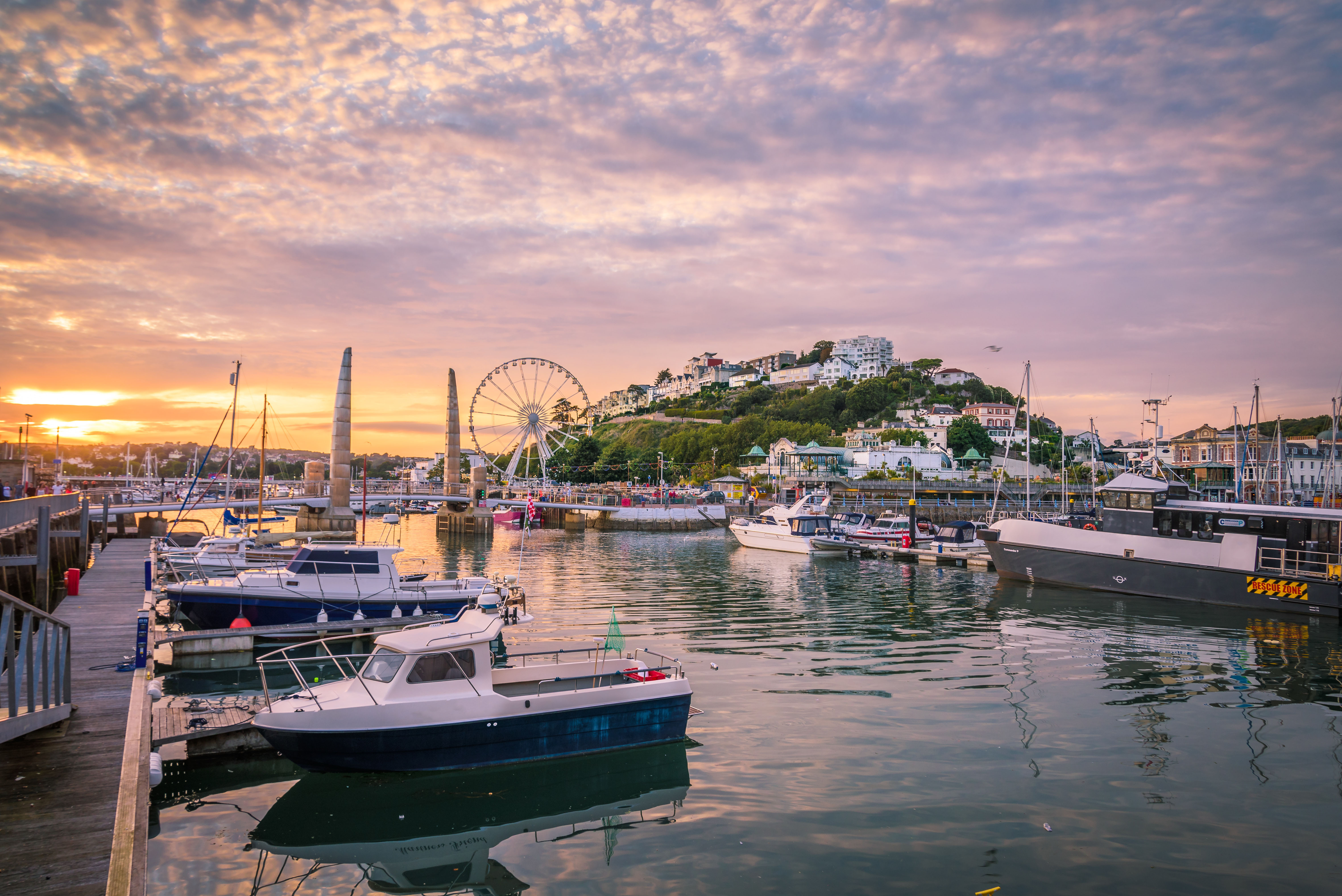 Step into Middle Earth as you visit Birmingham; the childhood home of J.R.R. Tolkien. Start at Sarehole Mill, which stands about 300yds from Tolkien’s first Birmingham home, to Lord of the Rings fans this is also known as the Mill at Hobbiton. The museum features the Signposts to Middle Earth exhibition which tells the story of Tolkien’s connections with Sarehole and the surrounding area.

Spot the Two Towers of Gondor, which in Birmingham are known as the Perrott’s Folly and Edgbaston Waterworks Tower or visit the Library of Birmingham which holds material related to Tolkien in the Archives and Collections. Next door to the library there’s a blue plaque commemorating Dr J. Sampson Gamgee, a local surgeon and founder of the Birmingham Hospital Saturday Fund. Tolkien used the name ‘Sam Gamgee’ for Frodo’s faithful companion in The Lord of the Rings. The surgeon’s widow lived opposite Tolkien’s aunt in Stirling Road so he would have been very familiar with the name.

Read the Book: Lord of the Rings Trilogy

Where is it: Sarehole Mill Museum, Cole Bank Rd, Birmingham B13 0BD

How to get there: Sarehole Mill is on the outskirts of Birmingham, you can swap over from Birmingham New St to Birmingham Moor St and get a train out to Hall Green Station. Then it’s a 10-minute walk from there.

It wouldn’t be complete if we didn’t mention the literary greats who have been inspired by the city of Oxford. From C.S. Lewis to Lewis Carroll, you can find many places that feature in the books. See the door to Narnia opposite the University Church of St. Mary the Virgin and further down the street there’s an ornate lamppost which looks strikingly similar to the one where Lucy and Mr Tumnus first met.

Wander through the Botanic Gardens, which Alice looks for in Alice’s Adventures in Wonderland or sit on the bench Will & Lyra from Phillip Pullman’s Northern Lights agree to meet at each year. For more details on the Botanic Gardens why not read our blog post on The Best Botanical Gardens in the UK

Read the Book: Why not head through the door to Narnia and read The Lion, the Witch and the Wardrobe.

Where is it: Rose Lane, Oxford OX1 4AZ

How to get there: The Botanic Gardens are a 23-minute walk from Oxford Station. 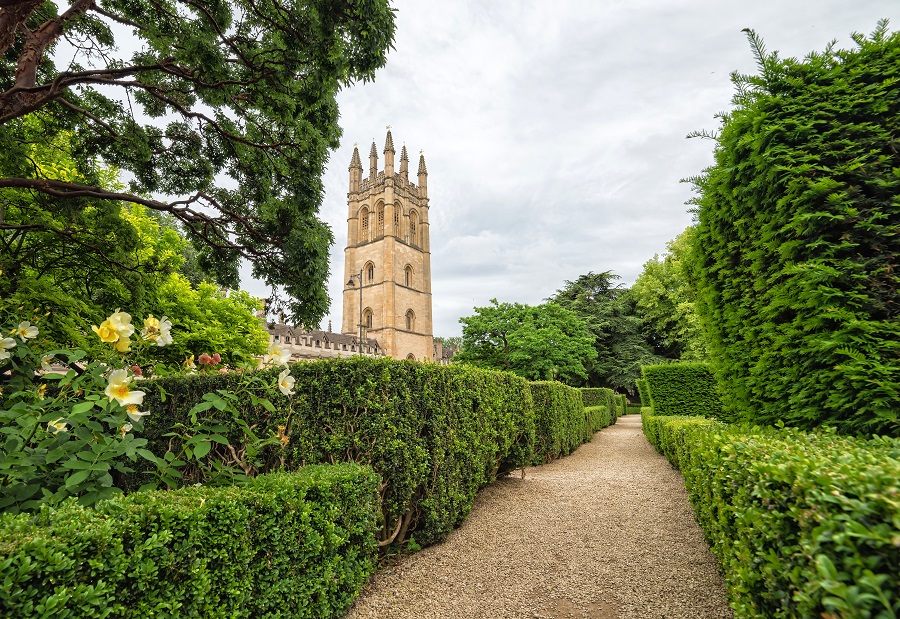 Cardiff was Roald Dahl’s childhood city and many of his childhood adventures are documented in his autobiography; Boy: Tales of Childhood. From the sweet shop by the Cathedral School in Llandaff where Roald and friends hid a dead mouse in a jar of gobstoppers to spotting Cardiff Backs on the ferry home from boarding school in Weston-Super-Mare, Somerset after accurately faking appendicitis so he could go back to Wales. Visitors today can now go to Roald Dahl Plass which is in the middle of the bay and in the summertime is home to a funfair. Or you can wander around the corner to the Norwegian Church where a young Roald was christened here in 1916. 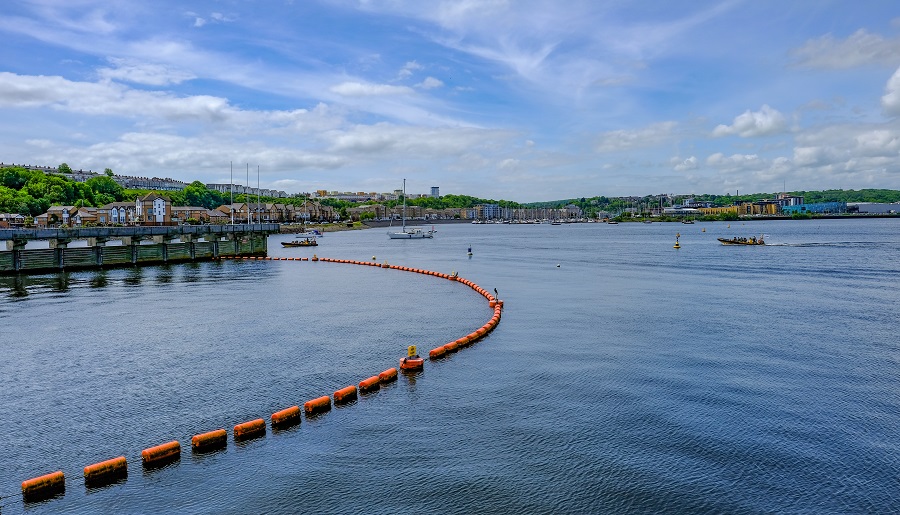 Want to roam the streets like a certain boy wizard?

York’s; The Shambles are believed to be the inspiration for Harry Potter’s Diagon Alley, lined with timber-framed buildings it’s easy to see the resemblance. Although never confirmed this has become a hotspot for Harry Potter fans and is also home to no less than four Harry Potter Shops!

If that’s not enough magic; York Railway Station was used for filming several railway scenes, such as when Hagrid gives Harry his ticket to board the Hogwarts Express for the first time in The Philosopher’s Stone. See if you can spot where filming took place.

Where is it: Shambles, YO1 7LZ

How to get there: The Shambles are a 15-minute walk from York Station.