Do you love the idea of attending a Michelin chef’s live cooking demo? Or chatting to an independent craft brewer about his latest concoction? If trying Thai street food in a field near Chipping Norton, followed by a craft beer tasting session under the stars, is your thing, then what better way to sample these delights than at a food or beer festival? With most stately homes and farms now playing host to such events, it’s not hard to find a festival near you.

We’ve compiled a list of the most hotly-anticipated beer and food festivals the UK is hosting this year. So, grab a fork and a bottle opener, and come sample the best events on offer. And if you're keen to test your knowledge on food and beer festivals, why not take our fun, interactive quiz? 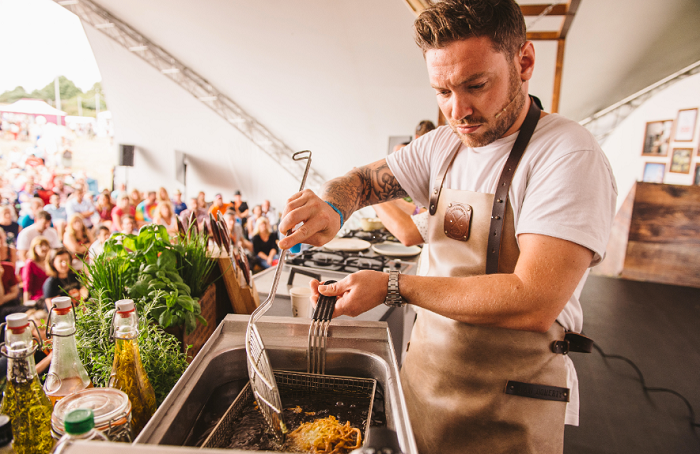 Alex James’ family-friendly foodie extravaganza is top of most festivalgoers' lists. Billed as a ‘feel good festival of food and music for all the family’, there’s plenty to keep food and music lovers happy.

On the food front, you can expect famous chefs like Marco Pierre White, Pierre Koffman and Raymond Blanc. One of the biggest foodie attractions at Feastival is Alex James’ Cheese Hub – a celebration of all things cheese, including his own award-winning artisan range. Kick back at the all-day cocktail bar where Alex and friends will be playing their favourite tunes.

If you’re travelling with little ones, Feastival boasts some serious family-friendly credentials. This year, youngsters can look forward to watching CBeebies star Justin Fletcher aka Mr Tumble, and children’s TV big wigs Dick and Dom. The whole family can also head to the Little Dude’s Den - a play area dedicated to little ones with fun-filled activities from jam sessions to face painting and storytelling.

Did we mention that there’s also a campfire?!

Another highlight of Feastival is the joyful communal dining that it champions. The Friday Night Supper Club, as well as The Art of Dining, are a great way to mingle with friends and strangers alike, and sample some inspiring food under the stars.  This year, The Friday Night Supper Club is in support of Help Refugees, and boasts a menu inspired by the Eastern coast of the Mediterranean. All proceeds from the event will go to Help Refugees. 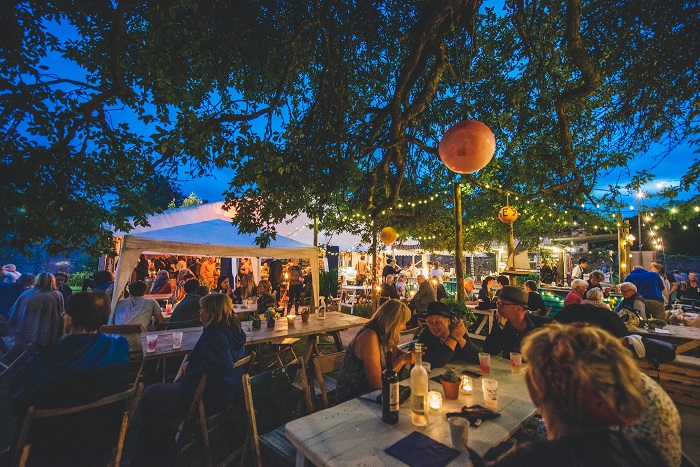 For a food festival with a stately yet bohemian twist, head to the Port Eliot Festival in picturesque East Cornwall. Set against the backdrop of 1000-year-old Port Eliot House and its accompanying estate and gardens, as far as stunning locations go, it doesn’t get any better than this.

Port Eliot started off as the bohemian Elephant Fayre in the early 1980s, but has since evolved into one of the most eagerly-awaited festivals on the circuit. While its literary offerings are widely celebrated, at Port Eliot, food is definitely one of the main high points. In spite of its rarefied setting, it’s a fantastic place to sample the UK’s thriving foodie scene. The Flower and Fodder stage boasts some of the best restaurants, food producers and experts in the business.

This year’s highlights include street food stalls galore, such as The Hanoi Kitchen (serving food inspired by the experience of travelling across Vietnam), Claw (specialising in sustainable British seafood) and Le Swine (all things pork served from the back of a restored 1960s Morris ambulance). There’s a definite nod to the local Cornish food scene with Katie’s Cornish Hotpots and fresh, handcrafted pasta from The Cooking Cooks.

All this wonderful food is accompanied by a selection of drinks suppliers, including Sipsmiths Gin Shop who regularly set up a pop up gin shop at Port Eliot – they gained infamy for their Marmite-flavoured gin! Join these juniper experts at their ‘The Art of the Martini’ and ‘Shake Up’ masterclasses, or revel at their infamously raucous jazz party! Wine lovers can look forward to sipping a glass of something chilled in the walled garden from independent wine business Le Vignoble. And finally, have a rockin' good time at Black Cow Saloon where you will find magnificent vodka cocktails for your delectation, thirst quenching hand crafted cider and a house band playing into the early hours. 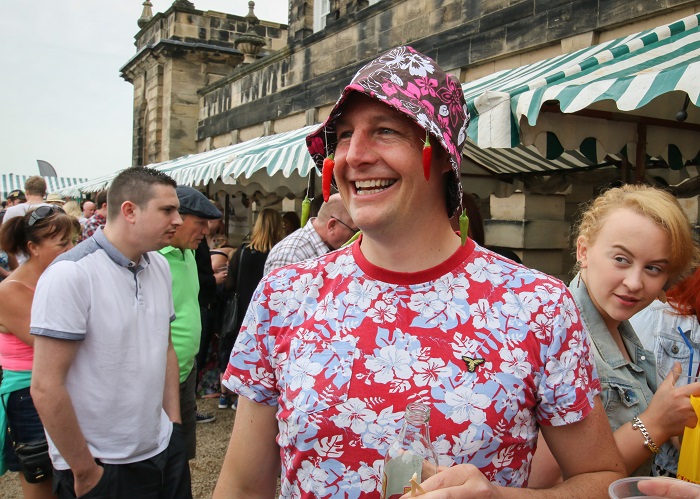 For three days in early summer, this corner of the North East becomes the hottest place in the UK by playing host to the North East Chilli Festival. If you love spicy food but don’t know your Scotch Bonnets from your Naga Vipers, a trip to the Chilli Fest is a great place to start your spice education.

Dedicated to all members of the Capsicum family of plants, the fest is steadily growing a reputation for showcasing quality spicy food, great beverages and entertainment. 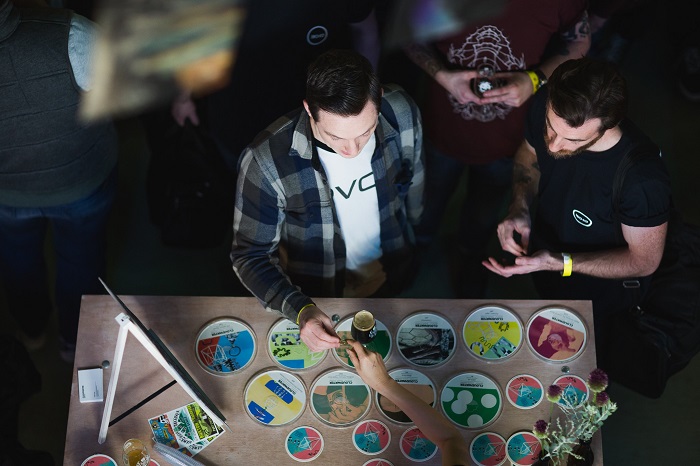 When: 4th October to 7th October

If you’re passionate about supporting your local independent craft breweries and keen to connect with brewers and enthusiasts, then Indy Man Beer Con is the beer fest for you. Now in its sixth year, the event has garnered rave reviews from the national press and serious beer lovers alike.

Set in the historical Grade 2 listed Victorian Baths building in the heart of Manchester, the event has a real feel of heritage and ‘going back to the basics’. The emphasis is on quality over quantity, so expect an intimate setting with a selection of some of the most promising, independent breweries in the UK and beyond.

It’s quite likely that the person pouring your pint actually brewed it themselves, so there are plenty of opportunity to chat to independent brewers, swap notes and get a taste of their latest concoctions. There’s also The Thirsty Games - a competition for the best new progressive breweries in the UK where three shortlisted breweries will be invited to pour their best brews for attendees, who vote for their favourite. 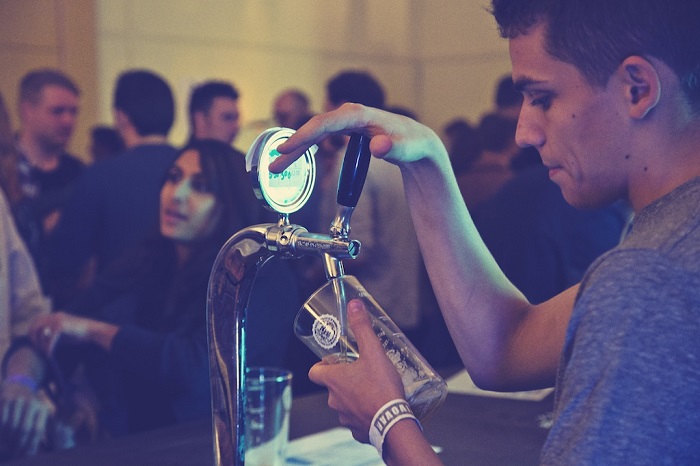 It’s one of the largest independent beer festivals in the country and the place to go to sample hundreds of nationally and internationally renowned craft beers and ciders in the North East. The festival is certainly on a larger scale than Indy Man Beer Con. You’ll experience a wider range of breweries as well as three live music stages, street food stalls, art performances and vintage arcade games all in the hallowed interiors of historic Leeds Town Hall.

There’s plenty of space to spread out across the venue from the entrance steps to the Victorian jail cells down below. This year’s brewery list includes Liverpool-based Mad Hatter Brewing Company famed for their ‘crazy beers’ such as the Tzatziki Sour, award-winning duo Brad & Gazz bring Tiny Rebel, and Thornbridge Brewery use traditional recipes with a modern twist. You’ll be pairing all that great beer with the likes of Bundobust (indian street food kitchen) and Trip Advisor favourites Boss Burgers to name just few.

The music line up for this year hasn't been announced just yet but watch this space because it's going to be good. 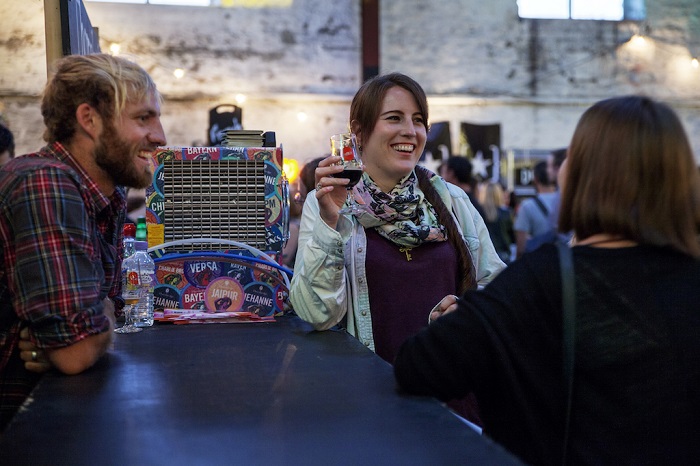 The South West takes its craft beers seriously and Bristol is at the heart of this thriving independent scene. It seems apt then for The Bristol Craft Beer Festival to become the perfect platform for celebrating the art of craft beer.

With over 200+ international and local beers available for your tasting pleasure, as well a selection of Bristol’s finest food, music and art to accompany the beverages, the one-year-old festival promises to be a serious contender alongside some of the UK’s more established events. Hosted at the vast warehouses of Motion Skate Park in the heart of Bristol’s brewing community, it’s a tribute to the city’s industrial heritage and its craft beer revolution.

This year’s brewery list includes Danish stars Mikkeller, Bristol-based Moor Beer Company, Good Chemistry Brewing, local favourite Bristol Beer Factory and Huddersfield based Magic Rock Brewing. All breweries will be present at the festival – a perfect opportunity to chat to the experts about their inspiring creations and maybe take a few tips home for your next brew.

Test your foodie festival knowledge with our interactive quiz!

Inspired to attend a foodie festival? It’s not too late to plan your trip! Just check our advanced tickets page for 70% off your CrossCountry train tickets.

* Applies to CrossCountry journeys only. Average saving calculated by comparing Advance standard single ticket prices, purchased before the day of travel, for 4,973 CrossCountry journeys to the equivalent price of an Anytime standard single ticket. Advance fares are subject to availability, terms and conditions apply. Please see website for full details.