As travelling out of the UK this year might be off the cards, it’s a great opportunity to explore Britain and go to places you might not have otherwise. While you may not be able to jet off to see some of these popular sights, we’ve found some in the UK that aren’t too dissimilar.

We’ve listed our favourites below, and they’re all reachable via a CrossCountry train.

The largest church in Derbyshire, St Mary and All Saints Church was built in the 13th century in Chesterfield. Designed with decorative gothic in mind, the church looks pretty standard. So, how is this like the Leaning Tower of Pisa? Well wait until you see its wonky tower. Nowadays, it’s commonly known to locals and visitors alike as The Crooked Spire.

There are some theories as to why the tower is shaped as it is, one being that it is a result of unskilled workers (all the higher-skilled ones dying in the Black Plague) not doing a good enough job.

The Crooked Spire is just a 6-minute walk from Chesterfield station. 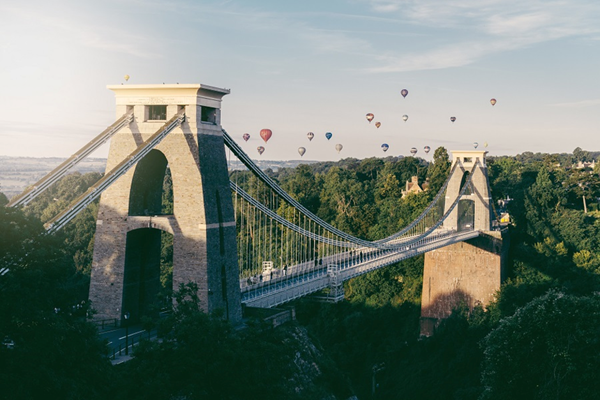 Bristol’s suspension bridge is one of the most visited attractions in the city. Some say it resembles the Golden Gate Bridge in San Francisco; in fact, one in ten Londoners misidentify it for the world-famous US attraction.

The Clifton Suspension Bridge was designed by Isambard Kingdom Brunel and was built a whole century before the Golden Gate Bridge. It marks an important turning point in the city’s history of engineering and is said to symbolise a city of original thinkers and independent spirit.

You will need to hop on the number 8 bus for 2-minutes from Bristol Temple Meads to visit the bridge, or you can walk for an hour if that’s more up your street. 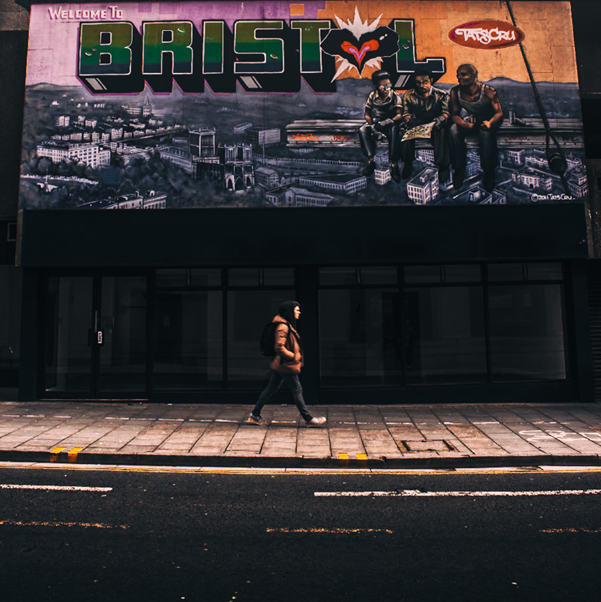 Many tourists flock to Berlin to see the brilliant street art that dominates the city. What some don’t know is that Bristol’s art scene arguably matches that of Berlin. It is supposedly the home of Banksy, after all! Sprawled across side-streets, narrow alleys, bridges and walls, graffiti art can be seen all over the city. Whether it’s decorative imagery, humorous quotes, or deeper political stances, Bristol’s street art scene isn’t to be missed.

Finish your tour with a pint down one of Bristol’s many pubs or if you’re visiting with kids, head over to another family-friendly attraction.

Slightly different to the Las Ventas Bullring, but a Bullring, nevertheless, is Birmingham’s big attraction: The Bullring Shopping Centre. The Bullring and Grand Central has been open since 2003 and offers visitors a huge range of shopping and dining experiences.

While you won’t see any bull fights, you will see one of the top ten pieces of public art in the world -- the legendary, and weighty, Bull sculpture. Be one of many who take a photo next to it, and then, get shopping!

The Bullring is just a five-minute walk from New Street and Moor Street stations.

Missing out on a ski trip this year? If the answer is yes, there is a way you can get your ski boots on and get out on the slopes. There are many places you could go to enjoy winter sports in the UK, but the Snowdome in Tamworth is one of our favourites. It offers skiing, snowboarding, tobogganing, ice skating and more.

Snowdome is located just a 16-minute walk from Tamworth station, or you can hop in taxi for a 4-minute ride. 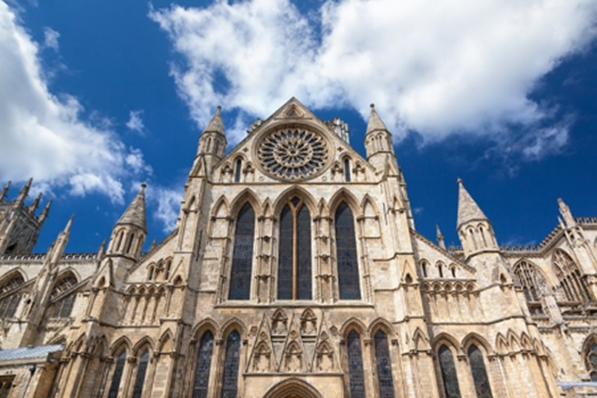 Events in 2019 left the famous Notre-Dame a shadow of its former self, however, restorations are due to start soon. If you want to wait until things are back to normal to see the Notre-Dame, York Minster is another attraction that is just as jaw dropping. In fact, York itself is pretty good on the eyes.

If you’re down south, Guildford Cathedral is slightly different, but still impressive. Both allow visitors, although you may have to book in advance.

York Minster is a 13-minute walk from York station, whilst Guildford Cathedral is 15-minutes. 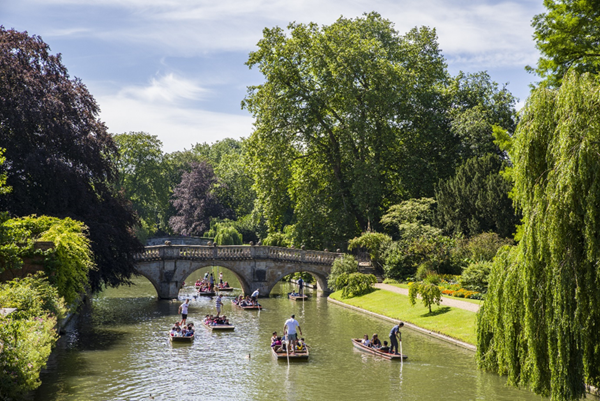 Forget exploring the canals in Venice, Cambridge is the place to be, especially if you want to go punting! With miles of the River Cam ready and waiting to be used to explore the city, there’s no better way than admiring the sites than from a punt.

Hire your own or head out on a guided tour (some even come with a glass of bubbly!) and you’ll forget you’re even in the UK on a sunny day. Why not head for some food and a secret bar afterwards?

Let’s Go Punting offer tours along with other companies in the same spot. You can walk there in around 30-minutes from Cambridge station. 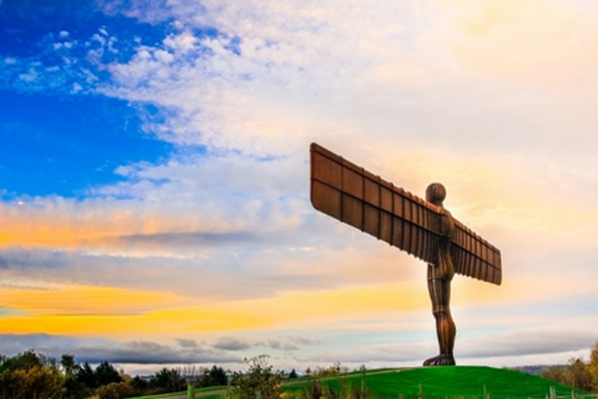 Now we’re heading to South America - Brazil, in fact. Amongst the colourful carnivals and sprawling favelas, Christ the Redeemer is arguably the best-known attraction on the continent. Travel over 9000-miles North-East and you’ll come across another well-known sculpture… The Angel of the North.

As The Angel of the North is in Gateshead, it takes a little longer to get to. The most direct route from Newcastle Central Station is via the X12 MAX bus, or taxi. 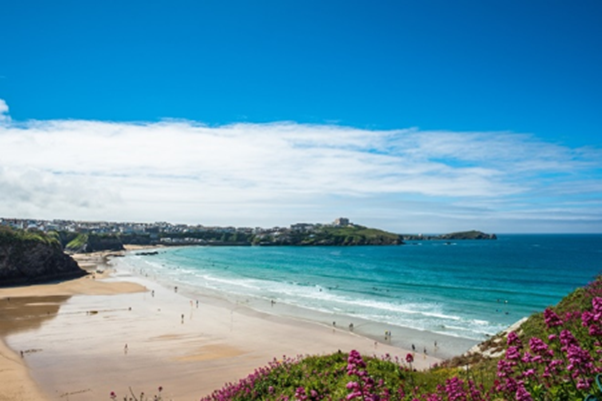 Hawaii is one of the most popular surfing destinations in the world. Millions of tourists flock to Hawaii to enjoy the ocean, sunshine and laid back lifestyle.

Newquay is one of the best places in Europe to go surfing, and while good weather isn’t guaranteed, a good time is sure to be had. Newquay boasts sandy beaches, and with large waves coming in from the Atlantic Ocean, makes for a great surf. While most tourists head to Newquay in the summer, it is a fantastic place to surf in the winter too, as the beaches are quiet and the sea not too cold. Aside from gliding the waves, there are plenty of other things to do in Newquay to make your staycation a great one.

The famous Fistral Beach provides good vibes, a 750-metre stretch of coast and some of the best surf conditions in the area. You can walk there in around 27-minutes from Newquay Station. 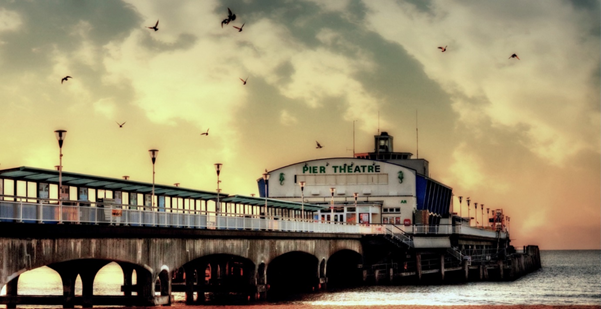 Santa Monica Pier is a large pier in California that is something of a cultural landmark. The pier has been featured in songs, films and TV shows since it was built in the early 90s. Newly restored, it is home to concerts, fitness events, and an aquarium, as well as having places to eat, drink, fish and enjoy views of the Cali coast.

Similarly, Bournemouth Pier has a range of attractions for locals and tourists alike and is a focal point of the seaside town. Adrenaline junkies can go wild here, with ziplining and climbing walls, as well as shopping opportunities, dining experiences and live music. The pier is open all year round, so why not combine an activity with a winter walk?

Bournemouth Pier is a 10-minute bus journey from Bournemouth station, or a 27-minute walk.

For ideas on more places to go for a staycation, our UK Holidays hub has plenty of inspiration. Wherever you decide to go, make sure to book an advance ticket with CrossCountry.