Due to strike action by the ASLEF union, there will be no CrossCountry services running on Saturday 13 August - more information

This summer, Network Rail will be carrying out resilience and track improvement work between Gloucester and Newport.

The Gloucester-Newport line connects South Wales with the Midlands and north of England, providing a vital link for passengers and freight.

The multi-million-pound plan will include removing more than 30,000 tonnes of material from the cliff face and securing a state of art mesh and bolt system to protect the railway. For the first two weeks, work will also be undertaken to renew the track over Chepstow Viaduct on the River Wye.

Running alongside the Severn Estuary - exposed to rain, wind and sea - more frequent extreme weather has seen the line disrupted by five major landslips in the last two years alone. This has led to extended closures of the railway and temporary speed restrictions, delaying more than 200,000 trains. 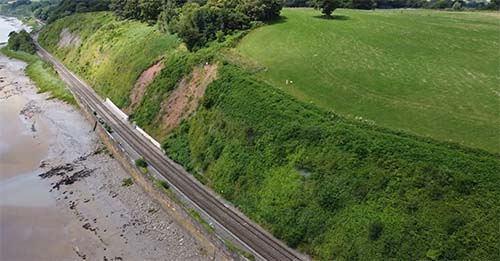 There is a vast amount of work to be carried out and an amended timetable will operate from Monday 18 July – Friday 02 September. During this time rail replacement road transport will run every hour on the route between Gloucester and stations to Newport.

Travel between the Midlands and Newport/Cardiff Central

If your journey involves travelling between the Midlands and South Wales you may wish to travel on the route which will involve changing trains at Bristol Parkway. 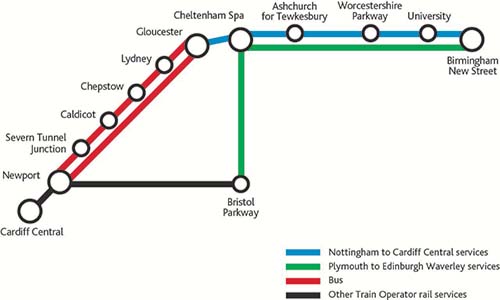 Please check your journey before you travel. Download our free Train Tickets app where you can get the latest travel updates, live train times and platform information direct to your phone and tablet.

Replacement road transport will depart from the following stations:

Gloucester – front of the station

Our full range of tickets will be available for all journeys on this route.

Rail replacement road transport will not be able to convey any cycles.