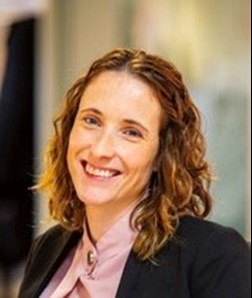 Anna, who started as a graduate at First Group, has significant experience in bus and rail, having worked for First Glasgow, ScotRail and latterly Northern, where she was Regional Director.

Her appointment marks the company’s decisive move to strengthen its decision making regionally with Weeks being the final appointee of four regional directors.

She will be responsible for the operational and financial performance in the North East and Scotland, helping to instigate change to benefit the customer. In Scotland, she will work closely with industry colleagues to position CrossCountry as a major player in the country.

Weeks commented: “I am excited to be joining such an established business and I am looking to applying my know-how to this role. As regional director, I will be able to help CrossCountry realise its strategic objectives.”

Tom Joyner, Managing Director at CrossCountry added: “Anna has an impressive skill-set at her disposal which will benefit us greatly. The north is an important region for us, and Anna will play a pivotal role in delivering positive changes for our customers as well as managing relationships with important stakeholders across Yorkshire and the North East. CrossCountry is changing and the regional directors will enable us to be more effective in the region, reflecting a wider trend for more localised decision making. This is a win-win for our people and importantly our customers.”

Weeks will take on her new role at the beginning of March 2020.