Established by The Scout Association and CrossCountry, the badge helps young people understand the dangers of playing near locations such as busy roads, large expanses of water and railway lines.

The Rail Minister is now the new signatory of the Personal Rail Safety Certificate, available to 157,000 male and female Cub Scouts aged between 8 and ten years old. The badge has quickly become one of the organisations most popular badges, with over eight thousand awarded this year alone. 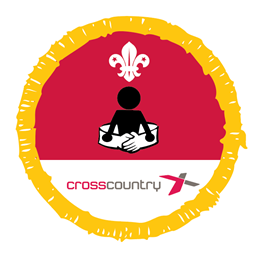 “Having been a Cub Scout myself, I am incredibly proud to see so many young people across the country earning their badges and acting as ambassadors for rail safety.

“Our top priority is ensuring everyone is safe on our railways. This award plays a vital role in helping to protect young people and save lives, and I congratulate everyone who has received their well-deserved award.”

“Thanks to Andrew Jones the new Rail Minister for agreeing to act as signatory on our Personal Safety badge certificate. We value the support of CrossCounty in helping us get the rail safety message out to our 157,000 Cubs Scouts.

“I also want to congratulate the 34,000 young girls and boys who have gained this badge in the last couple of years.”

“To young people the railways, roads and waterways can be a place of wonder and excitement, but they are also a place of heavy engineering, fast moving vehicles and powerful machinery.

“In such environments the dangers of injury can be high, so we are delighted to continue working with the Scouts Association in helping promote the importance of staying safe.”

To achieve their badge and certificate, Cub Scouts must learn about all elements of rail safety, including level crossings, personal safety on trains and avoidance of electrical infrastructure. By helping a younger generation understand some of the dangers of the railway.

Derails of the support pack can be found here https://fundraising.scouts.org.uk/crosscountry

Today’s announcement comes during Rail Safety week, as government and the industry promotes responsibility and care while using or working on the railways.