From 3 September passengers traveling to and from Manchester Airport are to be offered an easier and more affordable journey when traveling by rail. Arriva Group train operators, CrossCountry and Northern, have come together to expand their range of Mobile Tickets (m-Tickets) to include more through ticket options for the airport.

A full range of connectional Advance Tickets will be available direct to Manchester Airport, with connections at Manchester Piccadilly using Northern services. The new fares offer customers a cheaper and quicker way to plan their journeys to and from the airport, as using m-Tickets bought on their phone means not having to queue for tickets at the station.

Liam Sumpter, Regional Director at Northern, said: “The new m-Tickets are a fantastic way for customers to save time and money on their journeys to and from Manchester Airport. As well as providing cheap advance fares, they will help customers plan their journeys better, with the added benefit of having tickets on customers’ mobile phones. We are delighted to be working with CrossCountry on this initiative to help make travelling and buying tickets easier for customers.”

Ben Simkin, Commercial Director at CrossCountry, said: “We are delighted to be able to provide customers travelling to and from Manchester Airport with easier and cheaper travel. The new m-Tickets mean customers will no longer need to queue at ticket machines and will  also offer a new range of Advance fares that are available to and from the airport to a wide range of destinations along our route.” 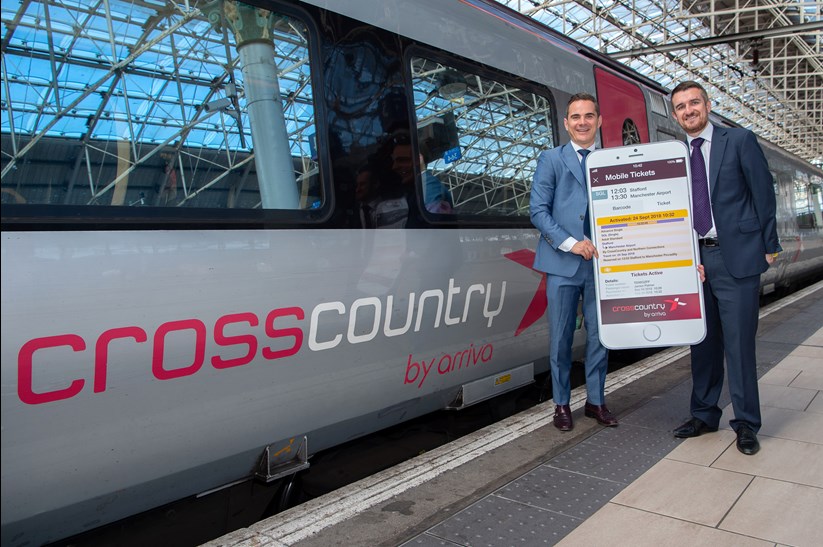 CrossCountry’s network is the most geographical-extensive passenger rail franchise in Britain. Stretching from Aberdeen to Penzance and from Stansted to Cardiff, it calls at over 100 stations. Based in Birmingham, CrossCountry connects seven of the Britain’s 10 largest cities and delivers 298 services every weekday, equating to some 38 million passenger journeys a year.

Arriva Rail North Limited operates the Northern franchise, which is the second largest in the UK and it will run regional and commuter services across the region until March 2025.

The operator will oversee the complete removal of the out-dated and unpopular Pacers by the end of 2019, and will invest £500 million in 281 brand new air-conditioned carriages.