Jon brings over 15 years’ rail experience, having held senior operational roles at Network Rail, Govia Thameslink Railway and Abellio as well as delivering successful national projects as a consultant in the sector. 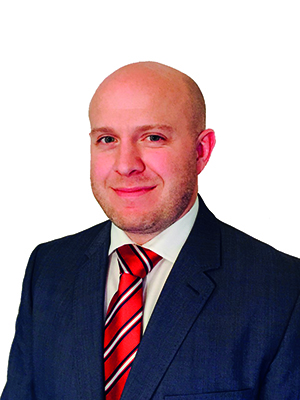 His appointment marks the business’ move to further strengthen its presence as a nationwide operator following the successful introduction of four regional directors in 2020.

With full responsibility for the business’ operational strategy, Jon will play a central role in shaping CrossCountry’s future timetable and supporting growth.

On his appointment, Jon said: “CrossCountry is unique in that it spans the length and breadth of Great Britain, connecting hundreds of towns and cities on the way. I am looking forward to working with Tom and the people at CrossCountry to build a future-proof timetable and delivery strategy that supports the country’s economic recovery and exceeds customers’ expectations.”

Tom Joyner, Managing Director at CrossCountry added: “Jon brings significant operational experience and leadership to CrossCountry, which will be vital so that we emerge from the pandemic as a viable business. Ensuring we learn from the lessons prior to Covid and deliver a robust timetable on which our customers can rely will be at the heart of our success.”

Jon will join the business on Monday 5 July.

CrossCountry’s network is the most geographically extensive passenger rail franchise in Britain. Stretching from Aberdeen to Penzance and from Stansted to Cardiff, it calls at over 100 stations. Based in Birmingham, CrossCountry connects seven of the Britain’s 10 largest cities and delivers 298 services every weekday, equating to some 40 million passenger journeys a year.

CrossCountry is part of the Arriva group, one of the leading providers of passenger transport in Europe. Arriva employs over 46,000 people and delivers over 2 billion passenger journeys across 14 European countries each year.