When someone describes their bucket list to you, it probably includes seeing the Northern Lights in Iceland, or road-tripping through America. Whilst these things deserve to be at the top of such lists, some people fail to acknowledge those attractions closer to home.

Whether it’s a weekend away or a great tour of the UK, there is lots waiting to be discovered right here at home.

Here at CrossCountry, we’ve piled together a Great British Bucket List from five of our favourite cities, for locals and tourists alike.

That’s right Pet, regularly referenced by locals and visitors alike, there is much more to ‘The Toon’ than the extremely popular nightlife scene. 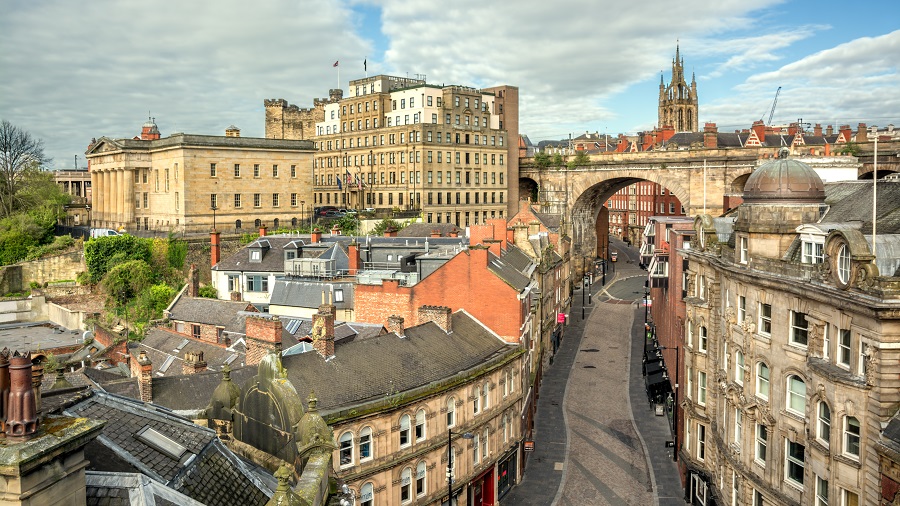 Known to be a friendly, football-loving city with beautiful bridges, Newcastle-Upon-Tyne has plenty to do.

Tales of the Toon

The Discovery Museum takes you on a journey from the Roman era right through to the early millennium to discover the North East’s interesting history. With seasonal events, exhibitions and permanent displays, explore how the area brought great value to Britain.

Home of the Magpies

Newcastle United’s stomping ground, St James’s Park, is an attraction within itself. Only a ten-minute walk from Central Station, the stadium has hosted hundreds, if not thousands, of football games, and was also a Rugby World Cup host venue in 2015.

Try and catch a game if you can, or visit the venue for an access-all-areas Stadium Tour, available every day.

Relax at the Oldest Pub in Newcastle

Named as Newcastle’s oldest pub, The Old George Inn was visited by King Charles many times in the 1600s. In fact, the chair he used to sit on is still inside.

To distract you from any potential hauntings, the pub has a vast drinks menu – including many ales, which the city has a famous passion for, as well as great food choices.

The Home of the Rovers Return – Manchester

Known for Coronation Street, two famous football clubs and Oasis, Manchester has been top of tourists’ hit-lists for years. 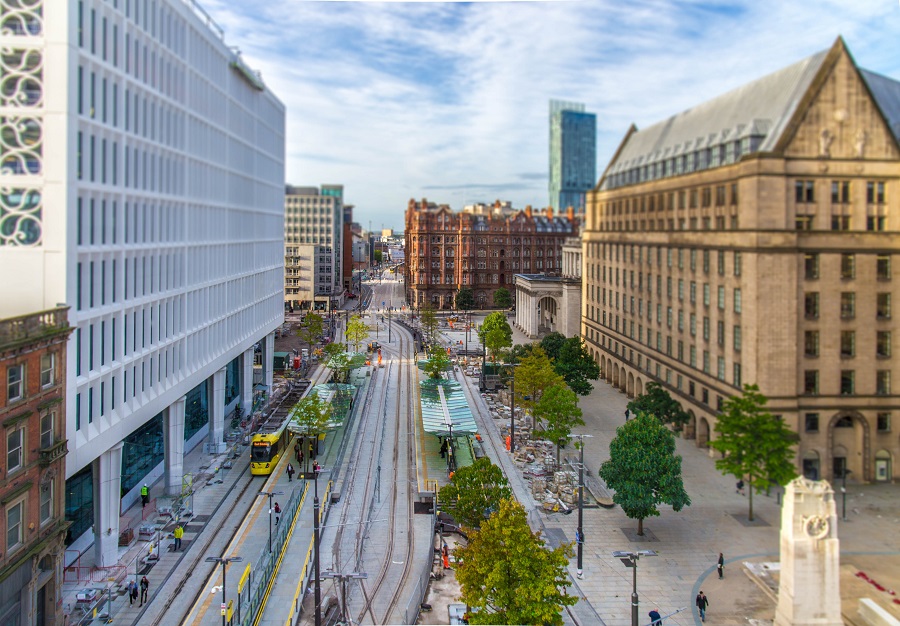 Manchester is the Capital of the North and for good reason. Here are some of the great things you can get up to.

The National Football Museum is a free museum perfect for those of all ages. Looking at England’s heritage and lifestyle, it aims to explain how England became the home of football.

Home to over 140,000 boots, balls and programmes, as well as the famous FIFA collection, there are displays that appeal to everyone!

Everyone loves coffee – right? ‘But I’ve been to a coffee shop before!’ we hear you chorus. Well, not a coffee shop like this; at Ziferblat you pay for how long you stay.

Ziferblat has its own blended coffee, 43 kinds of tea, cake, cookies, cereal, toast and pastries – you name it, they have it! The best part is that you don’t pay for anything separately – at only 8p, a minute, you can literally spend all day here.

Affleck’s is a shopping experience with a twist. Formerly known as Affleck’s Palace, it is a popular shopping arena for the weird and wonderful, visited by tourists, locals and celebrities alike. (Lady Gaga once spent £8,000 in a few hours.)

From retro clothing to one-off accessories, Affleck’s is a great way of spending a few hours in Manchester’s Northern Quarter whilst supporting its independent and small businesses.

As home of the Titanic’s port of departure for its doomed voyage to New York, Southampton oozes history. The city offers old mixed with new, beautiful marinas, and lots of fancy yachts. You’re bound to have a great trip. 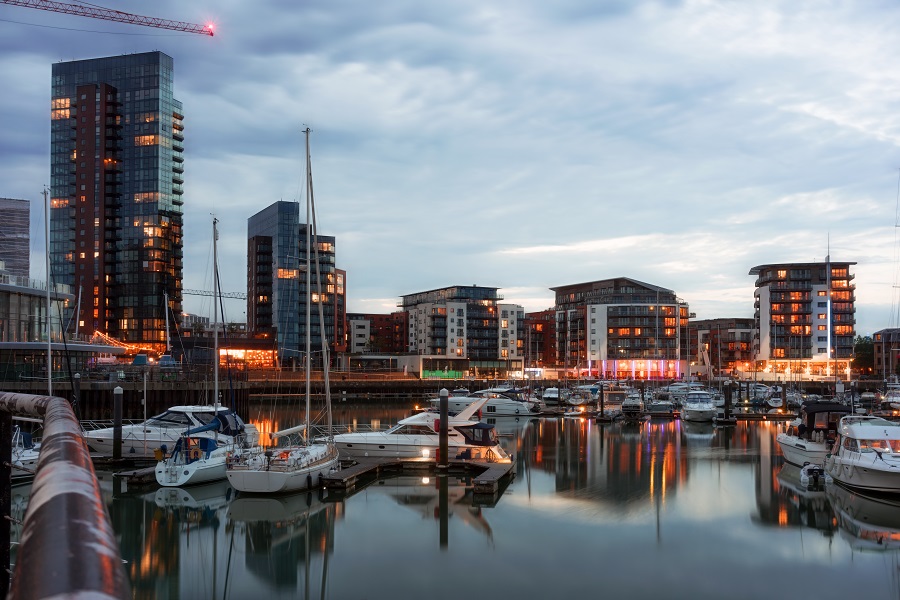 We know what you’re thinking: it’s getting colder and ice cream is not at the top of your snack list. But we promise you won’t regret it!

Started by three brothers in Southampton, Sprinkles is known locally as the best ice cream around. With mouth-watering waffles, milkshakes, crepes and hot drinks, how can you resist?

Discover more about Southampton’s famous connection with the Titanic. The Titanic Trail takes you around the memorials and locations associated with the catastrophic event.

The walk itself lasts around one hour and 15 minutes, and is a unique way to experience the moving stories surrounding the 549 people lost in the tragedy.

Afternoon Tea – With a Difference

Formerly Southampton’s grandest hotel, The Grand Café was first used by the first-class passengers of the Titanic. The upper-class citizens of the boat wined and dined here before their fearful fate.

Now a fabulous bistro, The Grand Café offers a beautifully British tradition: afternoon tea. It’s an extraordinary setting to eat cakes and scones while enjoying the company of friends and family.

Heading back up north now, we’ve got sunny Sheffield! Situated in South Yorkshire, Sheffield is known for its industrial past. It is compact, but what it lacks in size, it makes up for in things to do and places to see. 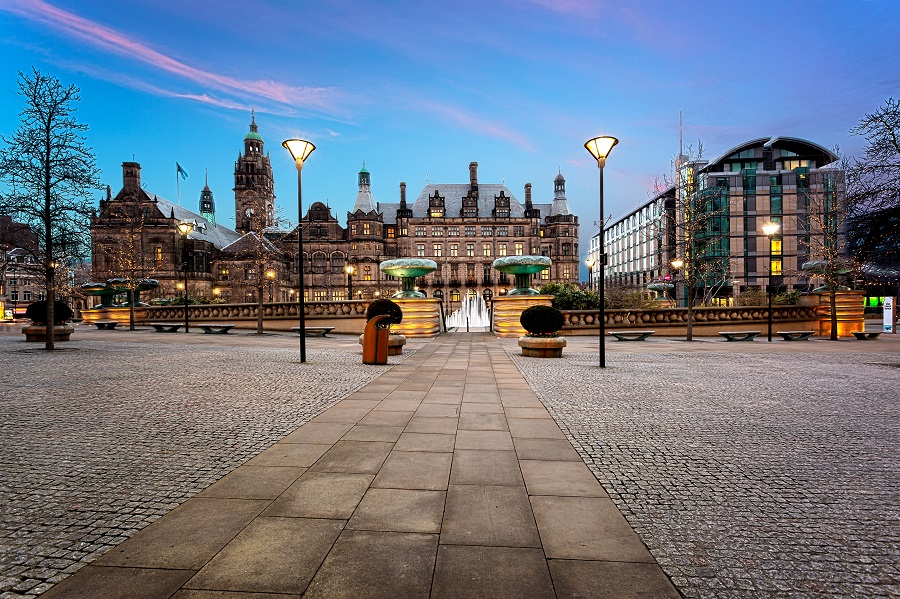 Go to the cinema

But cinemas are everywhere? Not this independent one. The Showroom Workstation is a converted 1930s showroom situated right next to the train station. One of Europe’s largest independent cinemas, it aims to bring all types of cinema to local audiences.

It’s not all about cinema though; they also hold different events all through the year. From bread making to gin tasting, you’re bound to find something that takes your fancy.

Sheffield offers the chance to learn about something that makes everyone proud to be British: the brilliant emergency services team.

The National Emergency Services Museum will not disappoint; it even recreates the smell of stale police cell toilets! You are taken right back to some of Sheffield’s worst crime tales, but you will see how the emergency services positively impacted the city, and the rest of Britain.

Sheffield’s Winter Garden is the largest indoor glasshouse in Europe. Located in the centre of the city, it is home to over 2500 plants from around the world.

With free admission, it continues to be one of Sheffield’s most visited attractions. Get a taste of the tropical jungles as well as some refreshments from the on-site café.

Voted one of the friendliest cities in the world, it won’t take you long to become a part of the Glaswegian family. With its Celtic charm, it isn’t hard to believe that the UNESCO City of Music has plenty going on. Here is our bucket list of alternative ways you can spend your days in this vibrant city. 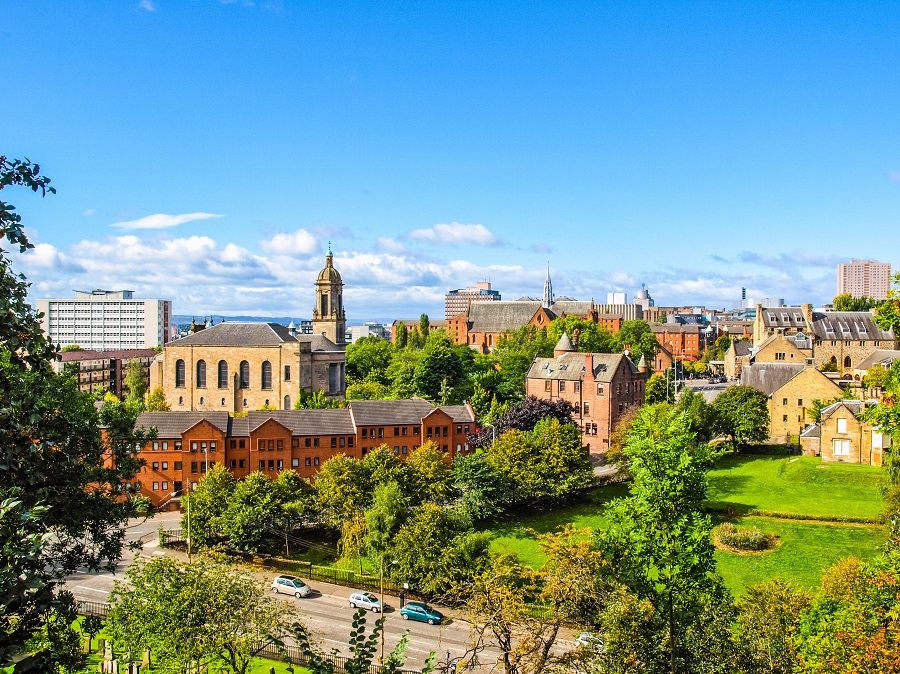 You thought you’d heard it all with the deep-fried Mars Bar, but there’s a new treat in town: the Scooby Snack.

Originating from ‘The Maggie’, a food truck near the Botanical Gardens, the ‘snack’ consists of a bread roll holding a burger, square sausage, bacon, tattie scone, fried egg and a slice of cheese.

Not for the faint-hearted, health conscious, or vegetarian, a Scooby Snack is about as Scottish as it gets. Find it at various street-food vans around the city centre!

Ghoulish Glasgow is focused on the grisly and gruesome happenings that occurred in the city’s past. Family focused, it keeps everything child friendly, and is available on City Sightseeing Glasgow tours.

An hour and 20 minutes is dedicated to finding out all about Glasgow’s ghoulish past. With the exciting option of sitting upstairs on the open-top bus, you’ll learn about Glasgow’s famous ghosts that still roam the city. If it gets too scary (or chilly), you might find yourself opting for the downstairs half way through; we don’t blame you…

Celebrate Scotland’s favourite pint by visiting Wellpark Brewery, the home of award-winning beers. See what makes Tennent’s so special with a behind-the-scenes tour. You’ll explore how the brewery began, and discover how it supports Scotland’s passion for music and football today.

Available for anyone aged 12 and above, you can make it a family affair (although children won’t be allowed to sample any!).

These brilliantly British cities are all accessible through our train network, so if you’re already tempted – check out our journey planner and see if anywhere takes your fancy!