Best Non-League Grounds in the UK

Football clubs are the heartbeat of so many towns and cities across the UK. Whether a club plays in a glamorous arena or just a local non-league ground, their stadiums are the bricks and mortar that hold many fantastic memories for football fans across the nation.

Packed with local supporters and on top of all the action, a visit to a non-league ground on a match day is one of the best days out for all involved. So, whether you’re looking to soak up the atmosphere in an ex-professional stadium or be pitch side at a smaller local club, here are some of the best non-league football grounds in the UK.

Darlington FC has been deep-rooted in the local community since its formation way back in 1883. It's been a tough time for Darlo fans after going into administration for the third time in 2012. But, after a short period away from Darlington, the Quakers supporters raised over £1m to redevelop Black Meadows and get the club back in its hometown. With a capacity of 3,300, you can choose between covered seating and standing areas. But no matter where you watch the game, you'll feel involved in the action. This non-league ground encapsulates what's so wonderful about non-league football.

How to get there: Jump on a train to Darlington Station and either soak up the atmosphere with a 30 min walk through South Park or conserve your energy by hopping on the X26 Max or X27 Max bus.

The birth club of world football. Football fans worldwide have a lot to thank Nathaniel Creswick and William Prest for – two Yorkshiremen who played for the local cricket club and regularly went for a casual kickabout. On the 24th of October 1857, they decided to formally create Sheffield FC , making it the first football club in the world. One of the club’s early grounds was Bramall Lane (now home to professional club Sheffield United), but Sheffield FC currently play at the Coach and Horses Ground in Dronfield – the first ground the club have owned themselves. It was revealed in March 2021 that the club was moving back to Sheffield with an exciting new 4,000 capacity stadium, which will feature a heritage centre to celebrate the club's rich history.

How to get there: To get to the ground, you can get a train to Sheffield and choose between several buses to Dronfield. 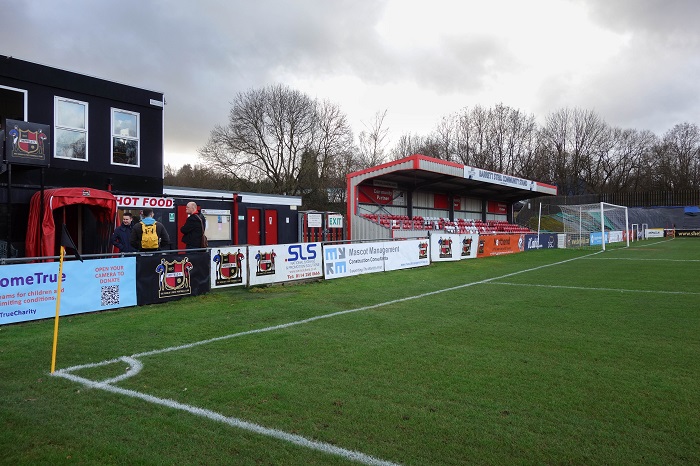 Crook Town FC purchased Sir Tom Cowie Millfield from the local rugby club back in 1895 for £625, and the club has played there ever since. After a revamp, the first away club to play under their floodlights was Manchester City back in 1968 – the game finished 6 - 1 to the away side. The Black and Ambers currently play in the Northern League Division One, the 9th tier of English football, but this magnificent 1,500 capacity stadium is not one to be missed.

How to get there: Once you’ve pulled into Durham Station, you can get the X46 bus which will take you within a short walk from the ground.

This Derbyshire-based side shares Causeway Lane with the local cricket club, which means you get a great view of the pitch from wherever you sit or stand. Surrounded by the local countryside and rolling hills, this could be an alternative experience to what you’re used to. It may not be the coliseum, but the Gladiators ’ home is one of the best non-league football grounds in the UK.

They may have recently been relegated out of the football league for the first time in their 157-year history, but Notts County ’s home is still one of the best non-league football grounds in the UK. Meadow Lane is the largest stadium outside the professional divisions, with a whopping 19,588 capacity ground. It was first built in 1910 and is only 270 metres from the City Ground, home of fierce rivals Nottingham Forrest – the shortest distance between two grounds in England. It’s fair to say this non-league club and its stadium are etched into the history and culture of Nottingham and its community.

How to get there: When you pull into Nottingham Station, you’ll only need to walk 15 minutes to the ground. Oh, and make sure not to cross the River Trent – otherwise, you’ll be watching the wrong team. 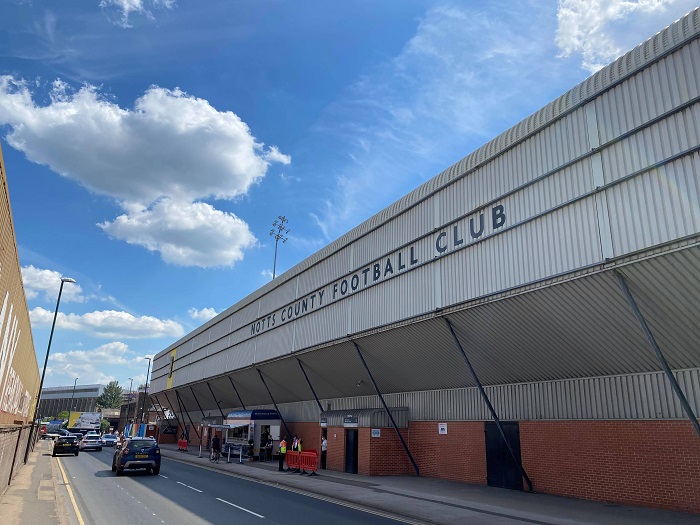 Penzance is one of the most south-westerly towns in the UK, making Penlee Park one of the longest away days for most footballer lovers. If you fancy a big trip, though, this non-league ground won't disappoint. After entering through the grand black and white gate, you'll be welcomed by a 1,100-capacity ground (550 seats), so you can soak up some authentic, local football.

How to get there: Hop on a train to Penzance, and it’s only a 15-minute walk to the ground. Or you could take the lengthier but more scenic route going by the famous harbour

This 10,900-seater stadium is home to Stockport County , which plays in the National League. The original ground was home to the Stockport Rugby Club, but the football club moved in way back in 1902. To save this old stadium from being demolished and redeveloped, the local council purchased the stadium to lease back to the club. The main stand sits 2,020 fans – including 405 executive seats – and is where the boardroom and hospitality bars are located. The main end was named the Danny Bergara Stand in honour of the late Stockport Manager and Spanish Division 1 player. The Uruguayan was a fans’ favourite after a successful spell as manager of the club between 1989-1995.

How to get there: Getting to Edgeley Park is nice and easy as it’s only a ten-minute walk from Stockport Station.

If you’re travelling to one of the best non-league football grounds in the UK by train, don’t forget to book an Advance ticket via our website or our Train Tickets app for zero booking fees. You can also find information on how to get cheaper train tickets via our special offers page. If you need more information, you can contact us here.