The Best Places to Find Fossils in the UK

It’s amazing to think of the different species of animal that have existed over the last hundreds of millions of years. What’s even more incredible is that you can discover evidence of them in the form of fossils, littered across the UK’s shoreline. Whether you’re a beginner with a bucket and spade or an aficionado with all the gear, fossil hunting is a fun and exciting way to uncover more about our planet’s history. These are the best places to find fossils in the UK.

Lyme Regis plays an important role in the UK’s fossil history. It was along these Dorset beaches in the 19th century that then-12-year-old Mary Anning discovered the first complete ichthyosaur to be found on English soil. Anning would go on to become a renowned palaeontologist, while Lyme Regis would also be recognised as crucial archaeological site. Today, you can discover the complete remains of plesiosaurs, ichthyosaurs, and other incredible sea creatures. More common are spiral-shaped ammonites hidden under the sand or within rock pools. 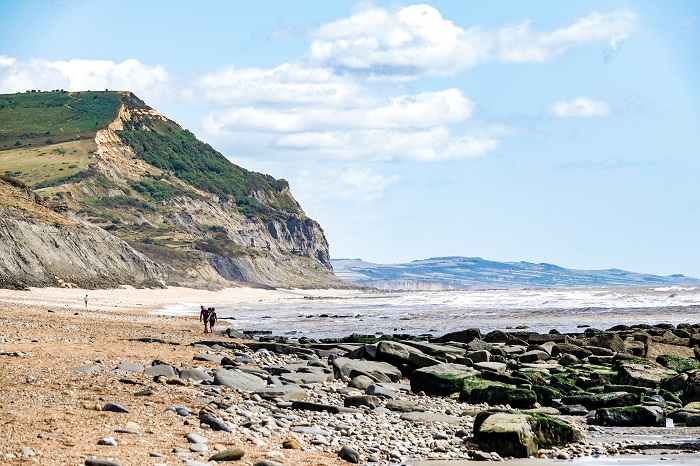 Charmouth is the gateway to the Jurassic Coast and, as such, one of the best places to start a fossil-hunting trip in the South-West. Ammonites and belemnites – both types of extinct mollusc – are the most common fossils you’ll find along this stretch of sand. If you’re lucky, you may discover parts of vertebrae from marine reptiles – most likely plesiosaurs and ichthyosaurs. Wind and rain often cause fossils to wash up on the shoreline, so try and hunt a day or two after bad weather.

Visit Bracklesham Beach an hour before low tide in springtime and you’ll almost certainly uncover some ancient gems. Prehistoric sharks’ and rays’ teeth are often littered all over the sand, and you can sometimes stumble upon corals and gastropods – 46-million-year-old marine snails. Its flat, fine sand is easy for surveying, making it one of the best places to take the kids fossil hunting.

Due to the abundance of red crag and a receding cliff line, a wide array of fossils is regularly uncovered at Walton-on-the-Naze. The stained-red formation yields shells, bone parts, fish fragments, and sharks’ teeth – sometimes those belonging to the infamous carcharocles megalodon. The shoreline is also famous for the London Clay, which can sometimes reveal fossils of ancient birds. It’s no wonder fossil hunters have been gathering here since the 19th century.

Abereiddy Bay is the best place in the UK to discover graptolites – planktonic organisms that lived in an interconnected system of tubes, drifting in the ancient oceans and feeding on algae. You won’t need to search hard or far; the fossils are embedded into the bedrock like prehistoric drawings. As a Site of Special Scientific Interest (SSSI), you won’t be able to chip away at the rock yourself. Fortunately, chunks of shale regularly work their way from the cliff to the beach for fossil hunters to collect. 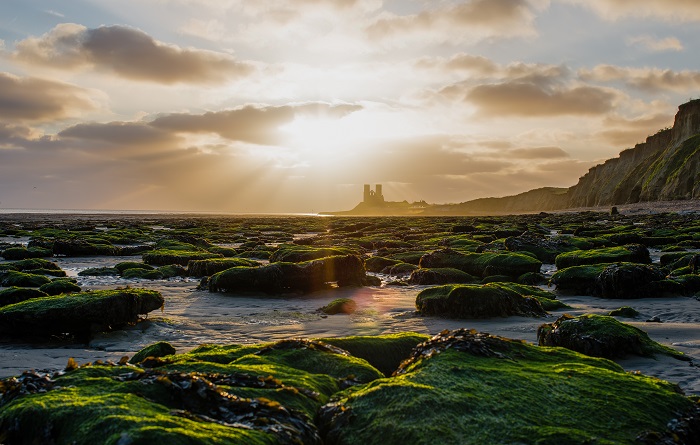 Fossil hunters regularly flock from all over Europe to hunt for Herne Bay’s hoards of prehistoric sharks’ teeth. Most belong to the stratiolamia macrota, but you can also discover other fish remains when the tide is low. There are different areas in the bay, but Beltinge is your best bet, with around 24 species of shark, ray, and other fish discovered in that single area of sand. Ancient fauna fossils have also been uncovered here, making it one of the most fossil-dense places in the UK.

Robin Hood’s Bay is a particularly difficult location for fossil hunting, with most leaving empty handed. However, if you know where to look, it’s one of the most fossiliferous places in the country. Most fossils can’t be found loose on the foreshore, but if you work away at the cliffs, you might discover stunning ammonites and large bivalves. Lucky hunters might find remains from cliff falls on the north side of the bay – though this is more likely in the winter months.

Fossil hunting is the perfect activity for children, and there’s no better place for them to try it than at Redcar, Durham. The fossils are relatively basic – think an abundance of bivalves – but they can all be found lying along the flat shoreline’s shingle. The lack of cliff face and a weak tide makes the beach a safe environment for youngsters. It may not excite the fossil aficionado, but Redcar is a great place to start your hobby. 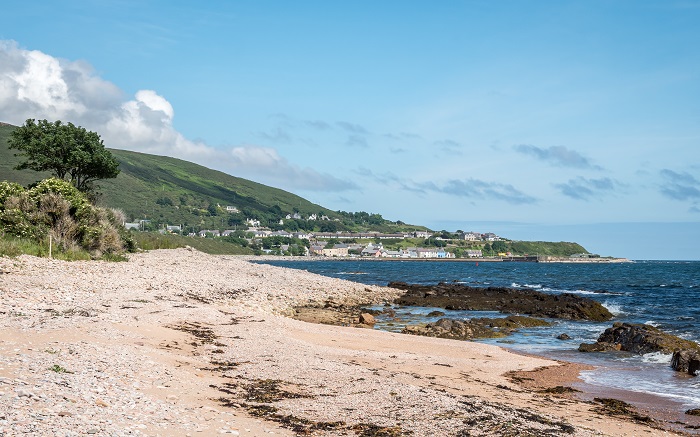 Few places rival the quality and quantity of Jurassic fossils you can find at Helmsdale. Its shore is rich with prehistoric fish fragments, sea urchins, byrozoa, reptile jaws and vertebrae, ammonites, belemnites and, most famously, giant coral. Exactly how the strange ‘boulder beds’ formed has puzzled geologists for years, but one thing’s for sure: Helmsdale is one of the best places to find fossils in the UK.

The soft chalk formations at Danes Dyke date as far back as the Cretaceous period, 75 million years ago, making it a must-visit for anyone with an interest in chalk fossils. It’s the best location in the UK for collecting sponges, which can be found in loose rocks or by cracking open boulders. Other species that can be found include echinoids, sea urchins, and crinoids. Amenities and easy access mean Danes Dyke is great for a day of family fossil-hunting fun.

If you’re planning a trip to one of the best places for fossil hunting in the UK, don’t forget to book an Advance ticket via our website or our Train Tickets app for zero booking fees. You can also find information on how to get cheaper train tickets via our special offers page. If you need more information, you can contact us here.