Quirky and Unusual Festivals in the UK

Glastonbury, Reading and Leeds, Download…the UK is brimming with world-renowned festivals that attract hundreds of thousands of music fans a year. But not every festival is made the same; while Glastonbury hosts the biggest artists on the planet, others involve rolling a wheel of cheese down a hill, snorkelling in a bog, or swinging fireballs down the local high street.

To celebrate the weird and wonderful of Britain, here are 10 quirky and unusual festivals in the UK.

Every Spring Bank Holiday, something strange happens at Cooper’s Hill, near Gloucester. A group of people race down a steep hill in pursuit of a round of Double Gloucester cheese – now a plastic fake after a four-kilogram round of cheese travelling at 70 miles per hour was deemed too dangerous. However mad that sounds, Cooper’s Hill Cheese-Rolling has gained international fame as one of the UK’s most unusual festivals.

Fireworks can be heard in every corner of the UK on 5th November, but few places celebrate quite like the village of Ottery St Mary in East Devon. When Bonfire Night falls, the village’s fire-wielding veterans lift blazing barrels of tar onto their shoulders and race them through village streets. It’s a tradition which is thought to date back around 400 years, but it continues to inspire the community today.

Mayday is usually celebrated with dancing, singing, and cake. The habitants of Padstow two-hundred years ago must have misread the memo, and instead dressed a man up in a horse’s costume, parading them around the town. It’s a tradition that’s still going strong today; every year, the Padstow locals dress the streets with flags and flowers, before dancing two ‘Osses through the town. The procession – with dancers, musicians, drummers and more – is a sight to behold.

We’ve all been for a run and gotten a bit too muddy. At the Maldon Mud Race, dirty is the aim of the game, as competitors are tasked with completing a 400-metre dash over the bed of the River Blackwater. It’s a competition which began in 1973 when a local pub attempted to serve a meal on the riverbank dressed in smarts. Suffice to say, they didn’t turn out clean – and neither do today’s competitors.

In 1983, a man named Dave Kelland decided to relieve himself in a field after a long day of drinking. As he did so – and much to his surprise – worms began to appear on the surface. He decided to turn this apparent ability into a competitive event, and created the annual Wormcharming Festival in Blackawton. The aim of the game is as simple as it is unusual: try your best to lure worms from Blackawton’s fields.

A 60-metre swim might not seem like a challenging amount of exercise, but try doing it in a peat bog. That’s what competitors attempt every year in Llanwrtyd Wells in Mid Wales, when they don their snorkels and swimsuits and make a splash in a local muddy stream. There are several competitions to partake in, from the Bog Triathlon to the World Bogsnorkelling Championships – just don’t swallow any water. 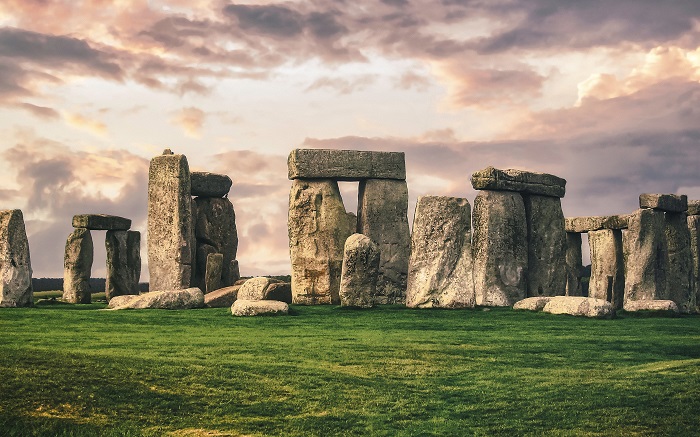 Stonehenge is one of the world’s most famous landmarks, with archaeologists still puzzled as to how the structure was built. What they do know, though, is that it was most likely used to commemorate the summer and winter solstice – something we still celebrate today. Every year, thousands flock to Stonehenge to witness the sunrise. For many, it’s a religious experience. For others, it’s just another quirky and unusual festival in the UK to experience.

Hunting of the Earl of Rone, Combe Martin, Devon

One weekend every year in Combe Martin, Devon, the town’s Earl is hunted by the local community. When they’re caught, dancers, drummers and musicians join a huge street party, culminating in the Earl being ‘shot’ one last time on the beach. It’s a bizarre ritual that dates back to the 17th century. After a hiatus of around 100 years, it was revived in the 1970s, with Earls still being hunted to this day. 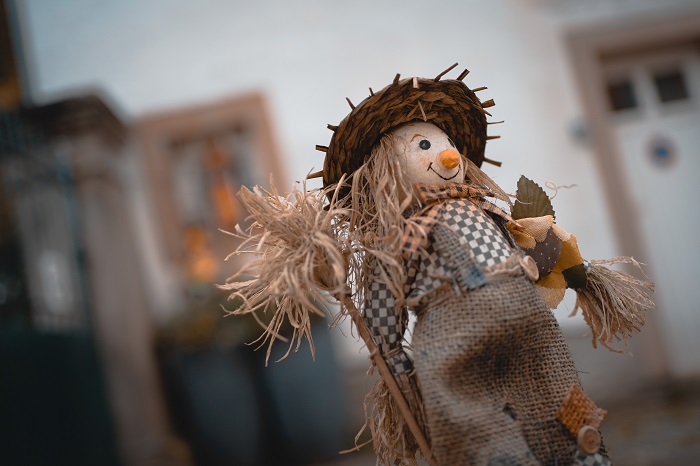 If you have a fear of scarecrows, be sure to avoid Kettlewell for two weekends in August. Starting in 1994 as a charity event, the quirky festival sees the community create humorous scarecrows and plant them in random locations. Expect to see dozens of human figures along the streets, in gardens, and on roofs. The weird and wonderful creations attract thousands of visitors every year, raising a huge amount of money for charity.

Fireworks have become synonymous with New Year’s Eve, but the community of Stonehaven in Aberdeenshire prefer to take celebrations to another level. Every year on December 31st, around 40 men and women parade through the streets, swinging flaming balls around their heads. This unusual festival in this generally quiet fishing town has been a tradition for over 150 years – though it’s believed to have been going for much longer than that.

If you’re planning a trip to one of our quirky and unusual festivals in the UK, don’t forget to book an Advance ticket via our website or our Train Tickets app. You can also find information on how to get cheaper train tickets via our special offers page. If you need more information, you can contact us here.

The UK is bursting with fun activities. Whether you’re visiting one of the best places to find fossils in the UK, best castles in the UK, the best theme parks in the UK, or the best waterparks in the UK, you can always travel by train. CrossCountry has services running up and down the country to ensure you can get to the places you need to be.