Cats on the Tracks: Train Station Moggies Around the UK

Always around to lend a helping paw and to brighten your day with a friendly purr, there are lots of famous felines living in train stations across the UK. Some have thousands of Facebook friends, others have released their own book, and one has even enjoyed a promotion in ranks to ‘Senior Pest Controller’!

Yes, many of the UK’s train station cats are enjoying a purr-fect life with lots of purr-ks!

Hover over the cats in our interactive map to meet the moggies or scroll down to read more about them!

One of the world’s most famous train station cats was Tama: ‘Station Master’ at Kishi Station in Japan. In lieu of a salary, she received cat food, cuddles and even her own hat. Her primary duty was purring to greet passengers and she even had two feline assistants! 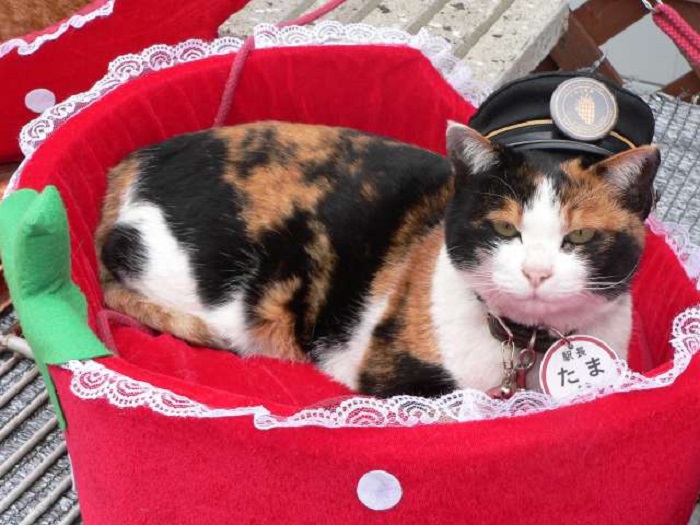 Back in the UK, some train station cats reside in the stations full-time, while others like to slink in for a visit from their nearby home. They are always a huge hit with passengers. After all, nothing brightens up a morning commute like a cuddle with a purring kitty! Do you want to know the name of the cat in your local train station? Let’s take a look at some of the UK’s most fur-miliar train station cats, and if you are lucky enough to spot one of these furry felines, be sure to enjoy a quick snuggle before hopping onto your train. 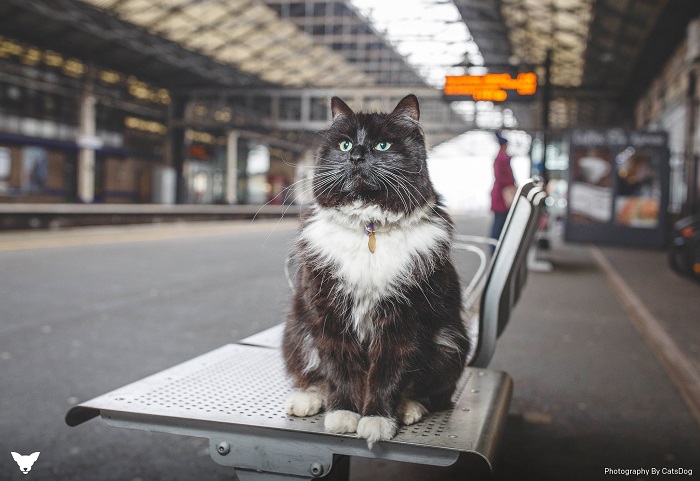 Felix isn’t just any train station cat. After five years of service at Huddersfield Train Station, she finally got the recognition she deserved, being awarded the coveted title of ‘Pest Control Manager’ – a job that is highly sought after in the feline world. Cats all over the country celebrated! Con-cat-ulations Felix!

Not only was this proud puss pleased with her promotion but she was gifted a stylish high-vis uniform to wear while on duty to ensure she complies with the same health and safety standards of us mere humans. And if that wasn’t enough, she was also given a name badge! 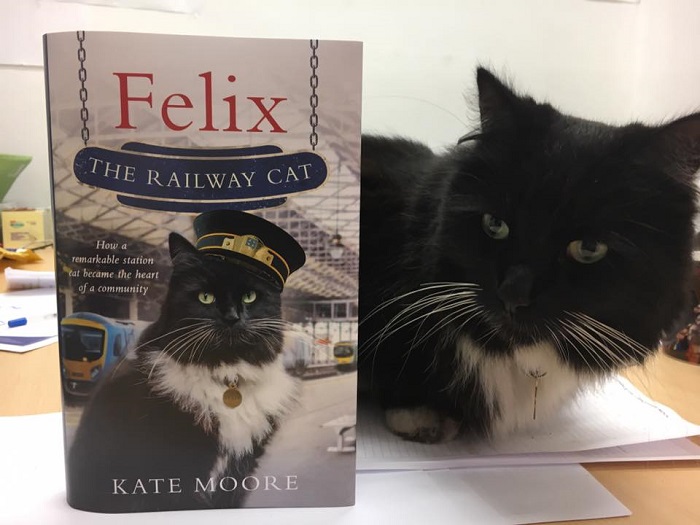 There’s no cat-napping for this high-flying feline who has also put paw to paper for her very own autobiography aptly named: Felix The Railway Cat, filled with heart-warming tales about Felix’s life as a train station cat.

The Queen of the platform arrived at the station at just eight weeks old and her royal fluffiness hasn’t let her new-found fame go to her furry head. Instead she contently laps up the endless attention and treats she gets from everyone, from her two-legged co-workers to passing passengers.

She even has her own cat flap built into the ticket barriers and of course, no modern cat-lebrity can claim to be famous without a Facebook page!

Yes, you can become friends with Felix on social media and join her fans from all over the world – all 112,000 of them. Keep up to date with her latest high-jinks by making friends on Facebook and if you are going past Huddersfield Train Station, drop in for a kitty cuddle or better still take her some tasty treats. 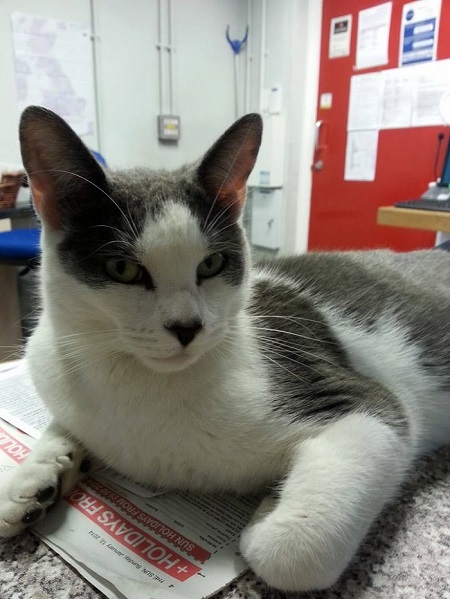 Cornwall isn’t all about sun, surf, beaches and pasties! Local celebrity moggy Hector has been living in Redruth Train Station since 2013 and this sassy whiskered puss attracts lots of attention from commuters and holidaymakers alike.

According to Maxine Taylor who works at the station, like any playful cat Hector loves posing to his adoring audience: “He loves the attention. He’s got a lovely temperament and is a great character to have roaming the station”.

Hector originally belonged to a family living nearby but soon his love of trains gave him the title of station mascot and with blessing from his human family, he was adopted by station staff. Kind donations from Hector’s fans have bought him his very own state-of-the-art kitty house, complete with a comfy bed to keep him warm at night and he laps up his cat’s-eye view of the station. 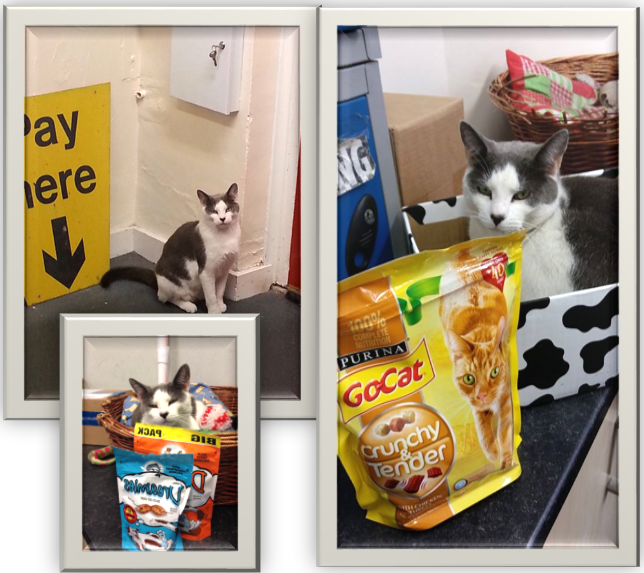 You can usually find Hector lazily snoozing on the platform or showing off in the ticket office. His sassy feline swagger has earned him more than 1,000 Facebook friends. If you find yourself passing through Redruth, stop in with a packet of Dreamies treats and meet this totally paw-some puss. Don’t forget to make friends with Hector on Facebook because if you didn’t know by now - no train station cat can claim to be famous without a social media following! 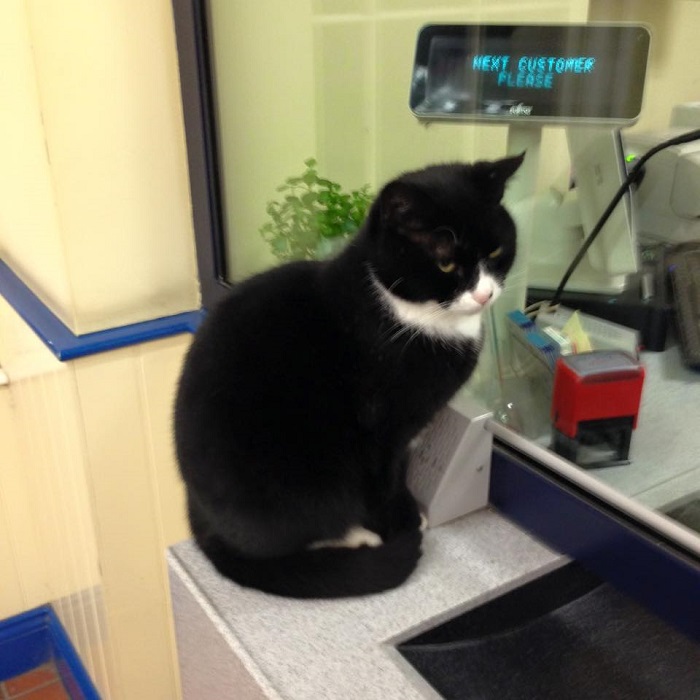 Jess is the resident train station cat at Andover. With his handsome fur tuxedo, Jess previously belonged to a family who lived close to the station but when the family moved to a new house, Jess continued to make the long journey back to the platform. After some purr-suasion, they agreed that the train station staff could adopt him and he now lives in his new purr-fect home.

As well as having a comfy bed where he can curl up inside the ticket office, Jess has also been given a feline rail pass and travel card!

Always dressed smartly in his black and white fur tuxedo, Jess can be seen on everything from Instagram and Facebook to Twitter. Staff welcome donations from kind passengers to help look after this adorable fluffy Tomcat.

Often found enjoying snuggles on the platform or helping to paw-out tickets in the office, if you are lucky enough to see Jess at Andover Train Station, why not take a photo of you with your new feline friend and post it to social media? 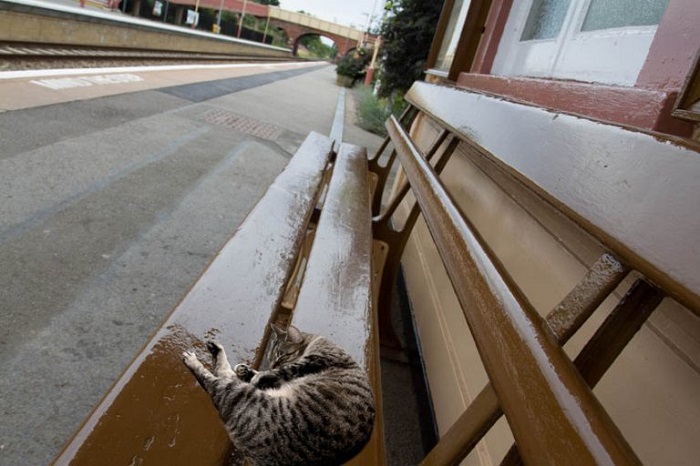 Meet Stan, the nuzzling tabby cat who lives at Charlbury Train Station in Oxfordshire. He can often be seen sitting on people’s laps as they wait for their train or sleeping in the change-well just under the ticket booth window.

Stan loves being a lap-cat and his love of the change-well means anyone wanting to get some change will need to dig around under Stan’s fur to get their coins! He even has a painted portrait hanging in the pride-of-place on the main wall of the office.

Life as a train station cat for Stan is all about relaxing. When he’s not busy purring on passenger’s laps, the loveable tabby can be spotted watching the fish in the lily pond close to the platform. If he’s feeling unusually energetic, he may even attempt to play with his slippery fishy friends! 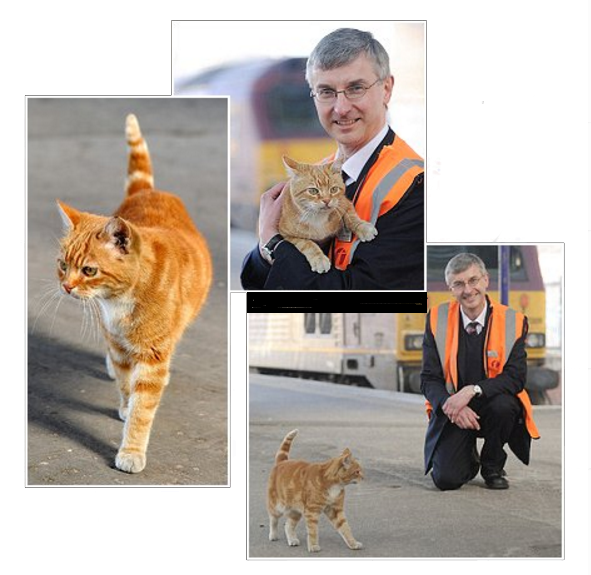 Inverness Train Station has been home to a clowder of cats over the years, including the aptly-named famous furrballs Gasket and Diesel. However, now there’s a new cat on the block. Since March 2012, a ginger cat nicknamed Hi-Vis has become the local furry mascot.

After finding herself homeless, Hi-Vis took matters into her own paws by winning over the hearts of the station staff in what proved to be a successful bid to find a new home. This cunning feline loves to rub against passengers' legs and lay on laps until their train arrives. She is as popular with visitors as she is with workers.

Keep your eyes peeled for this playful ginger kitty next time you are at Inverness Train Station. As with any of our famous train station cats – we would love it if you can snap a photo of Hi-Vis and post it on social media and of course, don’t forget to pack some yummy cat snacks! 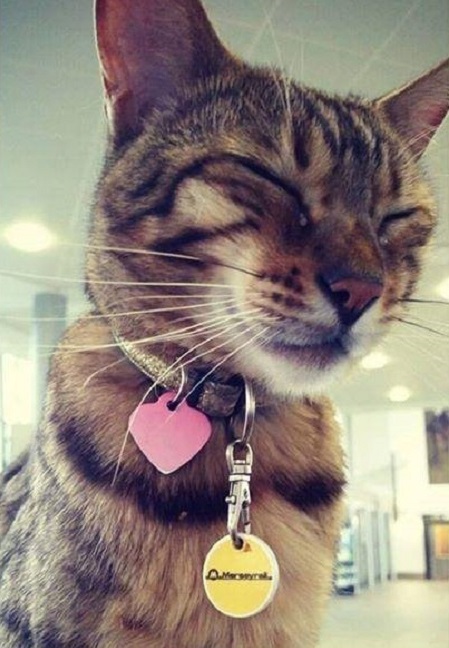 If you want to cuddle up to one really cool cat, head to Liverpool South Parkway Station where Paul the Bengal is waiting to meet you.

A fan of tweeting and with almost 2,000 Facebook followers, this handsome chap has a lot of admirers. He has been a popular attraction at the station since 2010 and when he’s not busy snuggling up to commuters, he loves hiding in his comfy kitty igloo and purring at the ticket barriers. 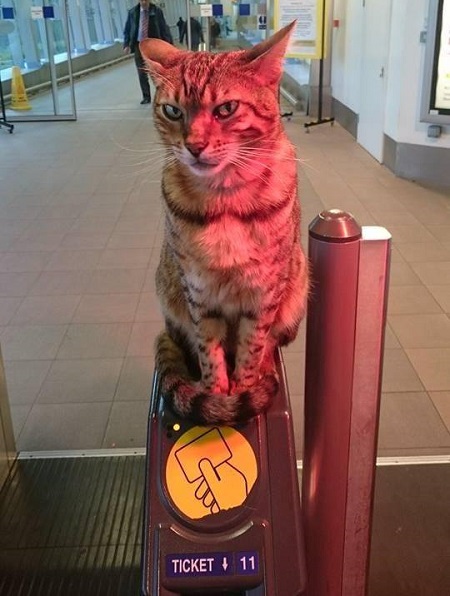 And Paul isn’t just a fetching face! This claw-ver puss also does a lot of charity work and he enjoys raising awareness for local cats who need to find their fur-ever home via his Facebook page. This soft kitty certainly deserves lots of furry cuddles and tasty titbits next time you find yourself at the station.

Do you fancy going on a family train trip? Or perhaps you want to meet some of your favourite train station cats! Whatever your plans, make sure you check out our advanced tickets page for up to 70% off your CrossCountry train tickets.

* Applies to CrossCountry journeys only. Average saving calculated by comparing Advance standard single ticket prices, purchased before the day of travel, for 4,973 CrossCountry journeys to the equivalent price of an Anytime standard single ticket. Advance fares are subject to availability, terms and conditions apply. Please see website for full details.