From traditional pubs that have been around for over a century, to trendy gastro bars selling classy cocktails - Leeds is known for having some of the best taverns in the UK. We’ve picked out the best pubs in Leeds, so whether you’re after a gourmet pub lunch or the best poured pint, we know where to send you.

Download the handy CrossCountry Train Tickets app to buy tickets and get travel information on the go!

As the oldest pub in Leeds, the history of the Whitlocks Ale House makes it a must-visit. First opened in 1715 as the Turks Head, it was renamed Whitlocks when it was taken over by the Whitlock family in the 1880s. You’ll be transported back in time when you enter the traditional pub - the space is small and cosy and decorated with dark wood and stained glass. Sit and enjoy one of the reasonably priced ales, of which there is a huge selection, and order some pub grub from the quintessential menu. If you’re lucky with the weather, the pub has a beer garden to catch some winter rays.

From Leeds Train Station, Whitlocks Ale House is a speedy seven-minute walk through the city centre via New Station Street. 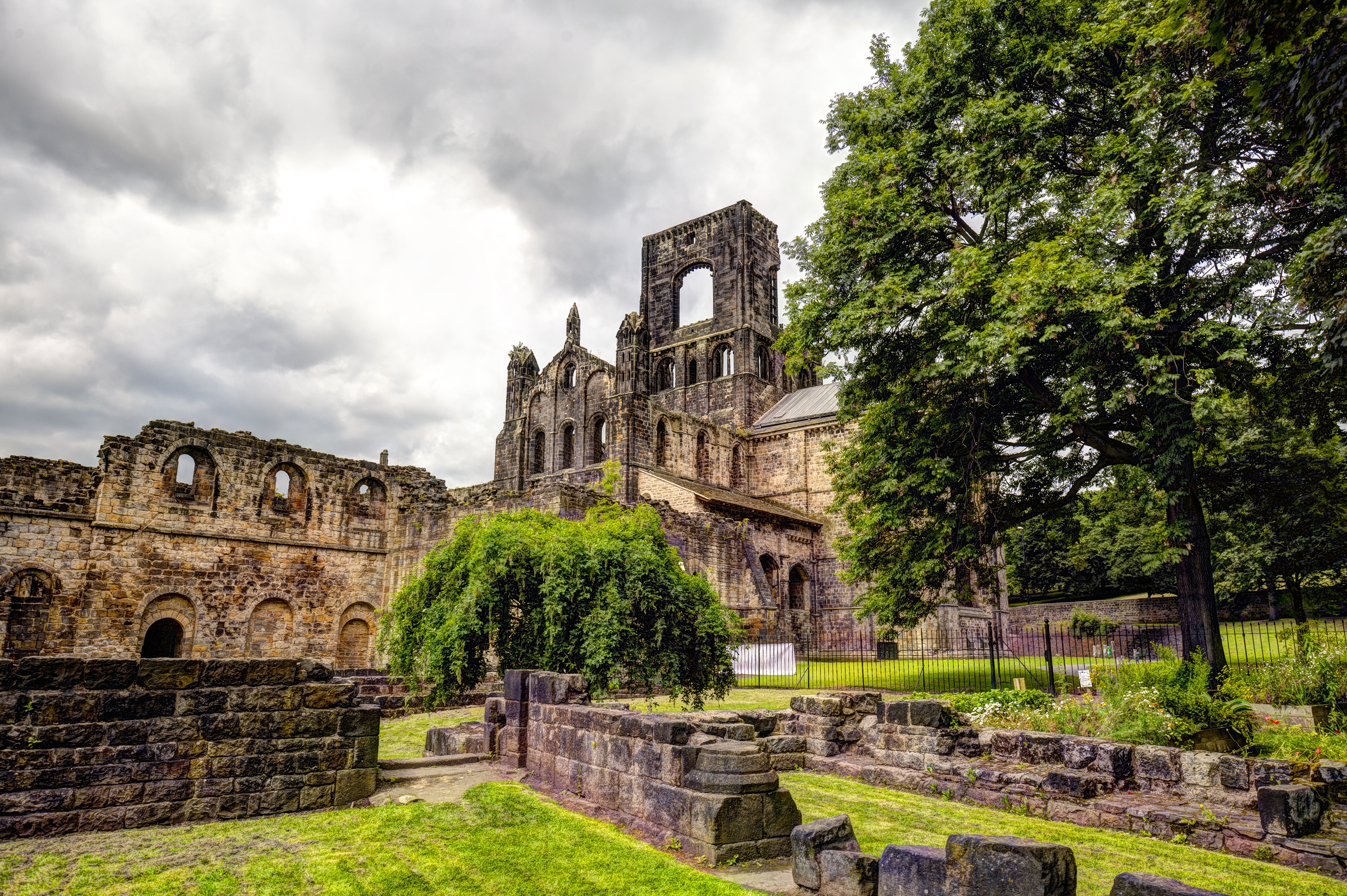 If you fancy some culture before your pint, it’s worth taking the bus trip to Kirkstall. It’s a beautiful part of Leeds that is often overlooked. Jump on a bus outside Leeds Train Station and you will arrive at the remains of Kirkstall Abbey 15 minutes later.  Kirkstall Abbey is one of Leeds’s top historical sites and boasts historic architecture amid a haven of wildlife and greenery. After you’ve spent some time exploring the abbey, it’s a 10-minute walk to the Bridge Inn Pub. Serving a brilliant beer selection brewed on the banks of the Leeds and Liverpool canal, and with fresh and reasonably priced food, the Bridge Inn is the perfect place to stop and spend a relaxing afternoon after wandering the ruins of the ancient abbey.

If you want to skip the abbey and go straight to the pub, you can get the 508 or 670 bus towards Halifax from outside Leeds Train Station. From Kirkstall Abbey, you can walk to the Bridge Inn via Abbey Road in 10 minutes.

Combining city standards with country appeal, you’d be forgiven for thinking this city centre pub was tucked away in the English countryside. In the winter months, the warming light invites you in from the cold, and gleaming beer pumps, cosy alcoves and a roaring fire keep you from leaving. In the summer, the courtyard provides sun-drenched sanctuary from the city centre.

With an impressive range of craft and real ales, and a wide selection of wines and spirits, you’ll easily spend hours in this city gem. And the food is great too! Amongst its award-winning Sunday roasts, The Cross Keys’ seasonal menu is one to explore. The pub was the only one in Leeds to feature in the Michelin Guide’s Eating Out in Pubs 2017!

From Leeds Train Station, you can walk to The Cross Keys pub via Neville Lane in just under 10 minutes. 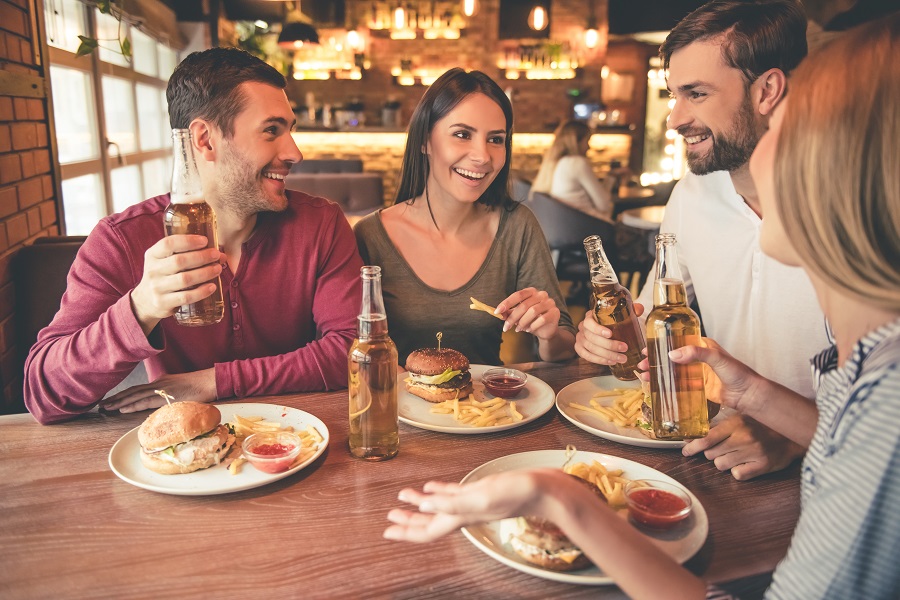 You’ll think you’ve stepped back in time when you enter The Adelphi. With period décor similar to that of an original Victorian tavern, this is a popular Leeds local that has stood the test of time. For newcomers, The Adelphi’s layout can seem confusing as you navigate through the building. Four rooms, all with their own individual look may seem a bit misplaced but it’s all part of the charm. The small bar offers local real ales alongside brews from further afield, and the kitchen serves traditional British pub grub, as well as international dishes. They have a weekly rotation of three local and two guest ales, so you’re always guaranteed to try something new. The Adelphi is certainly one of the best pubs in Leeds.

From Leeds Train Station, the Adelphi is a seven-minute walk via Bridge End.

The Waiting Rooms is a proper Yorkshire pub just around the corner from Leeds Train Station. Refurbished to keep up with modern times, the pub is the perfect place to spend a rainy afternoon. The front room promises old-school styling, with plenty of places to pull up a pew, while at the back of the pub you’ll find a ‘snug’ where you can hide away from the British weather with a pint. Beer is what they do best here, with a host of ales for you to choose from, as well as wines and spirits. You can also soak it all up with a charcuterie board or a posh toastie.

From Leeds Train Station, The Waiting Rooms is a six-minute walk via Neville Street. 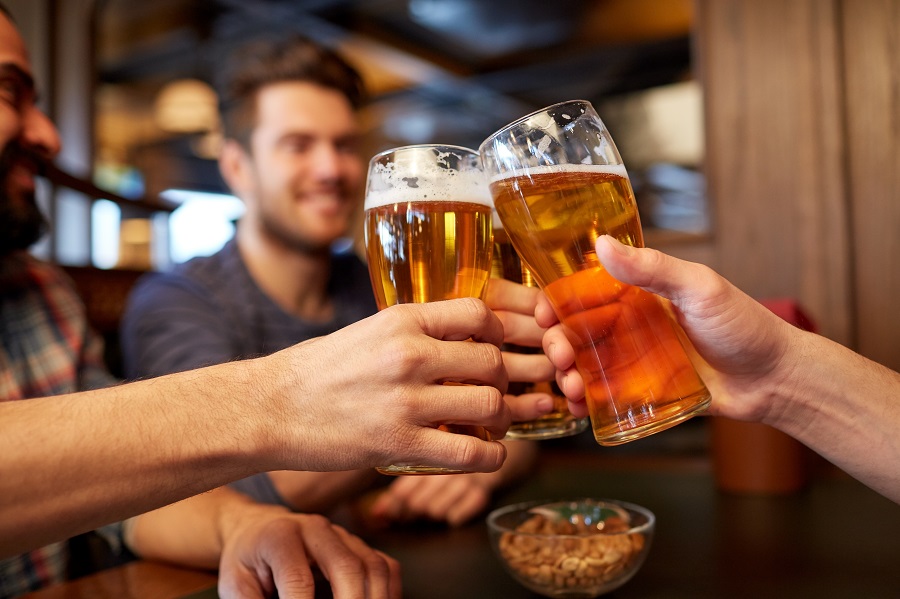 For something a little bit different, head to The Dry Dock. A quirky bar on a docked boat on the river, this is one of the most versatile venues in Leeds. The Dry Dock’s relaxed atmosphere means it’s great to visit at all times of the day. Tasty and reasonably priced food is served from 11am until 10pm, while the unique nautical theme and extensive range of drinks means the bar buzzes until 2am. Watch sport, hire for a party or simply chill out with your friends - the Dry Dock is a great option when you visit Leeds. 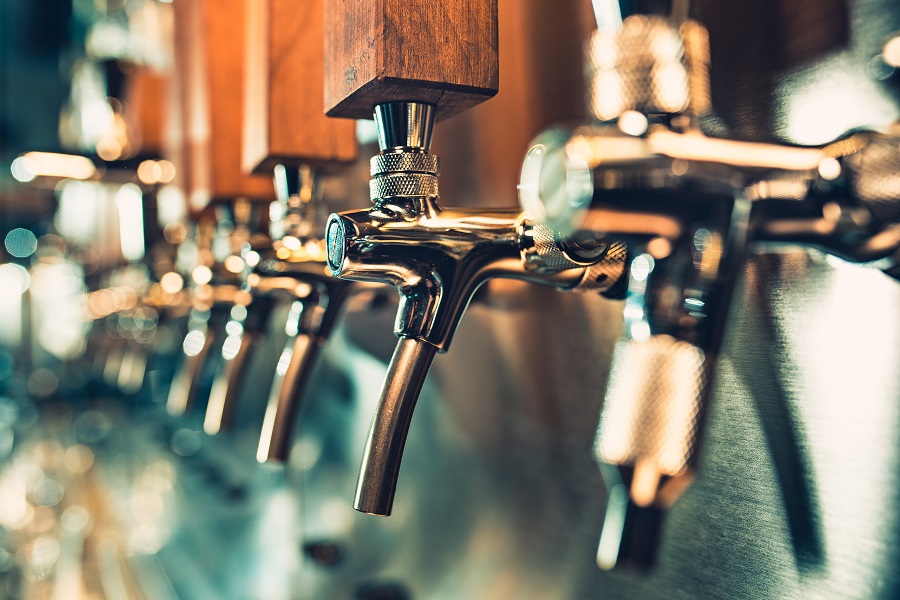 The Leeds Brewery Pub is one of the closest pints to Leeds Train Station, this modern pub has become one of Leeds’s best-known watering holes. A recent refurb has jazzed up the pub’s small, but funky, roof terrace and there’s plenty of room inside too. Serving a wide selection of craft beer, Yorkshire ales, wines, spirits and soft drinks, as well as fresh locally sourced food, it’s a great place to spend an afternoon. Stay for ‘just one more’ then make your way to your platform to catch the train home.

Travelling with CrossCountry will give you a door-to-door service to the Brewery Tap, as the pub is a two-minute walk from the station.

From Leeds Station, you can walk to the Dry Dock in around 20 minutes. Alternatively, jump on 1, 1A or 1B bus from Infirmary Street

Whether you're after real ales, a cosy atmosphere, top-notch pub grub or simply somewhere to spend your Sunday afternoon, check out these best pubs in Leeds. Make sure you take advantage of great savings with CrossCountry Advance train tickets available via out website and ‘Train Tickets’ app.

And if you like listening to some tunes on your train journeys, why not check out our Leeds Spotify playlist, featuring great tracks from the best Leeds bands?