Community Rail in the City 2019

The work of community rail enthusiasts across the country was celebrated on Wednesday 15 May as the Association of Community Rail Partnerships (ACoRP) staged its ninth annual ‘In The City’ event. Over 40 Community Rail Partnerships (CRPs) were showcased including 12 supported by CrossCountry.
Community rail partnerships work at grassroots level to engage local communities, help people to get the most from their railways, and promote rail as a key part of sustainable, healthy travel.
The flagship annual celebration was aimed at developing tourism and travel for recreation on Britain’s community rail routes, encouraging thousands of people to explore epic landscapes, coastal scenes, and sites of historic interest. 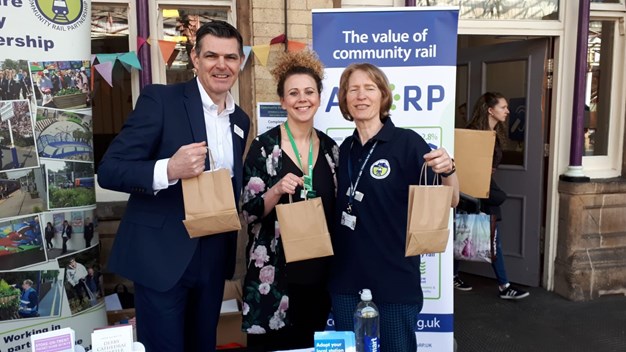 Three of CrossCountry’s communications team; Alex Bray, Jody Ball and Mike Dalton set out, crisscrossing the country, to meet up with the CRPs supported by the company taking part in the extravaganza.
Highlights of the day included; a ‘Highland Fling’ at Kings Cross, a countryside scene celebrating the 70th anniversary of National Parks at Waterloo, live peregrine falcons at Nottingham and an 18-foot replica of the Mayflower on display at London Liverpool Street.
At Crewe, passengers were invited to make clay figures to join the British Ceramics Biennial’s CAST OF THOUSANDS. This is a major new project for this autumn’s British Ceramics Biennial Festival in Stoke-on-Trent. Also on hand at Crewe, and at the other mainline stations were volunteer station adopters who help to keep stations clean, colourful and inviting with planting, painting and artwork.
Community Rail Partnership Officer for the North Staffordshire line Claire Sandys said: “Community Rail in the City is a great opportunity for us to promote our wonderful railway line to thousands of commuters and potential visitors. We highlight the fantastic things there are to see and explore, and encourage people to visit by rail rather than car. As well as being a more relaxing and pleasurable way to travel, visiting the area by rail benefits the local economy, and means less traffic, noise and pollution in our communities.
“We are particularly grateful to colleagues from the British Ceramics Biennial Cast of Thousands project for staging the pottery activity and of course to the train companies – East Midlands Trains, CrossCountry, London Northwestern Railway and Virgin Trains - who support us throughout the year.”
Across the UK, groups spoke to an estimated 75,000 people across the day, giving out goody bags and information promoting the tourism opportunities accessible via Britain’s expanding community rail network. 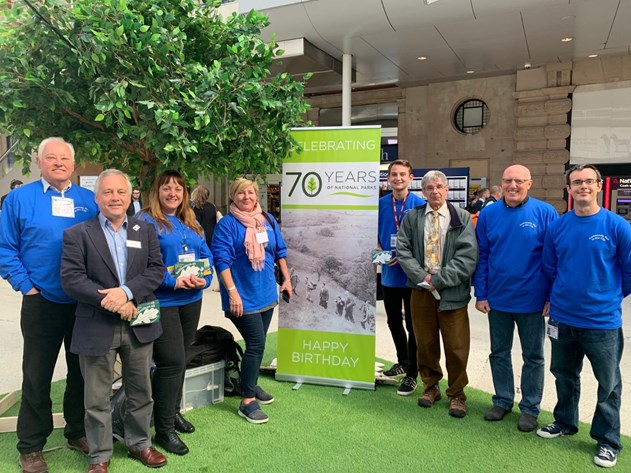 The event is organised by ACoRP, the umbrella body for community rail groups across Britain, whose chief executive, Jools Townsend, said: “Our members will be popping up at stations across Britain and engaging thousands of people to inspire and advise on daytrips, weekends and holidays by rail. Tourism by rail is great for families and holiday-makers as it’s more sustainable than driving, provides a critical boost to local economies, and allows people to explore our wonderful, often not-well-known, community railway lines, which showcase some real hidden gems.” 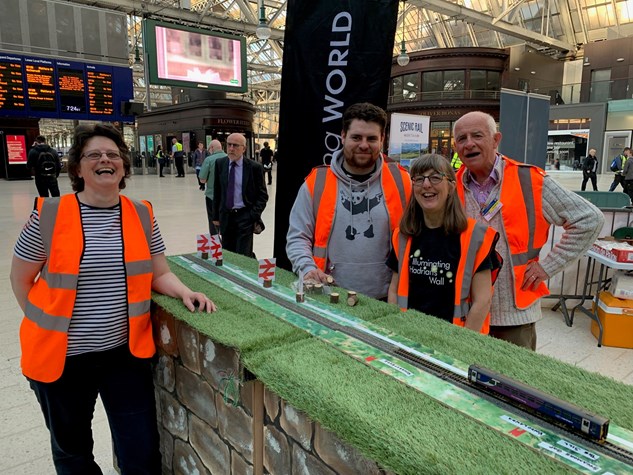