Home > Blog > Days Out UK > TV Movies England and Beyond

TV and Film Set Locations in the UK 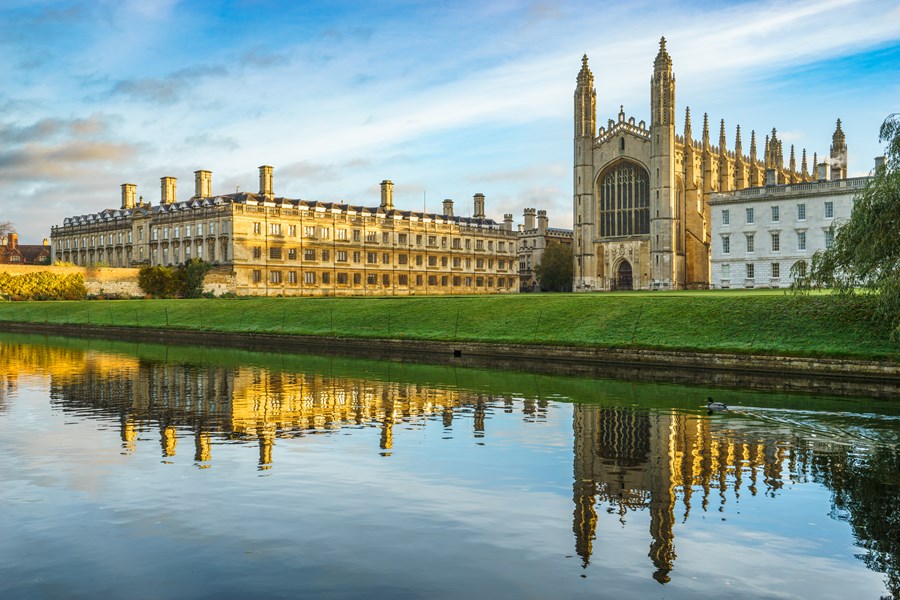 Think you may have exhausted all that Netflix has to offer? Scoured your Sky box from A-Z? Think again – you may have missed some great TV shows and movies set in England, Scotland and Wales. Even if you find yourself unable to visit these beautiful destinations, they can be visited virtually from behind the TV screen at any time! We’ve put together a collection of Great British Binge-Watches, from TV series set in Manchester to films set in Yorkshire. Take a seat and journey through some of CrossCountry’s top destinations, also sets for some of the nation’s most beloved movies and TV shows.

The Theory of Everything – Cambridge

Based on the real-life story of genius physicist Stephen Hawking, The Theory of Everything goes back in time to when he was a student at Cambridge University. Cambridge is a stunning backdrop in numerous sections of the film, with certain college locations playing host to some powerful scenes. The great thing about Cambridge is that apart from an abundance of new restaurants and bars, much of the architecture present in 1962 is still present today, resulting in an easier filming process and an extra layer of authenticity. Cobbled streets, charming buildings, and a world-class university, it’s no wonder Stephen Hawking achieved the things he did with such beautiful surroundings to spur him on against the odds.

The gritty hit drama Peaky Blinders is something that needs to be ticked off of your binge-watching bucket list if it hasn’t been already. Although the gripping crime series is centred around gang warfare in Birmingham, you might be surprised to know that a lot of filming was done elsewhere. Birmingham has changed dramatically since when Peaky Blinders was set, so producers found it difficult to film in the city itself. However, just outside Birmingham in Dudley, The Black Country Museum ended up becoming the most consistent filming location for the show. You may be disappointed that a trip to Birmingham may not entirely mentally transport you into Tommy Shelby’s life, but don’t be. There are plenty of popular Peaky Blinders tours that will begin to run again in Birmingham once restrictions allow, focusing on the local history behind the show’s storyline. 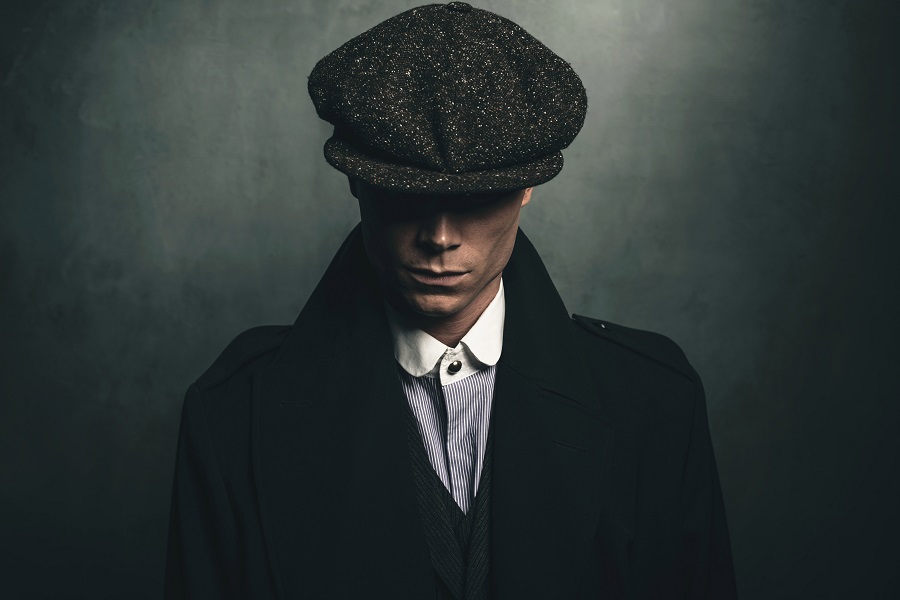 Everyone loves a rom-com whether they’re happy to admit it or not and About Time is a great example of one. Add some fantasy, drama and time-travel and you’ve got a recipe for success. About Time is a film set in Cornwall, shot on the south coast of the county. About Time sees Tim (Domhnall Gleeson) use his time travelling abilities to find a girlfriend. Lucky lady Mary (Rachel McAdams) succumbs to his many advances, and Tim uses his power to “fix” various problems throughout his life. Many heart-warming scenes take place on Vault Beach, in Portloe, and St Michael Penkevil Church - all beautiful locales available to visit during a trip to Cornwall.

This is for the brave ones. British horror Ghost Stories is a film set in Yorkshire starring Andy Nyman, who plays Professor Phillip Goodman. Goodman is sent to investigate three supernatural ghost sightings, but as a psychologist, he is highly sceptical of anything paranormal. However, what he finds shakes him. The movie sees him trying to find rational explanations for these spooky incidents. Filmed all over Yorkshire, particularly within the city of Leeds and at the Hornsea coastline, it’s easy to spot locales from the film if you’re familiar with the area. Hornsea was supposedly chosen as a filming location due to its expanses of open space and long promenade running close to the sea. There are also scenes filmed in Harrogate, Chapel Allerton and the Great Central Railway in Ruddington, Nottingham.

Of the many TV shows and films set in Wales, Gavin and Stacey is arguably the most popular. The comedy is centred around two families and follows the romance between Gavin from Essex, and Stacey from Wales. South Wales, more specifically Barry Island, is the main filming location for the sitcom. Trinity Street in Barry Island hosts three houses from the programme, owned by Uncle Bryn, Doris and Gwen and Stacey. These houses used in the show are actually the homes of real-life residents, who kindly allowed the filming to go ahead. A visit to Barry Island when allowed is a must if you’re a Gavin and Stacey fan.

With its breath-taking scenery and gorgeous historical architecture, Scotland is often a top choice for film and TV location scouters. One such film set in Scotland is the beautiful adaptation of David Nicholls’ best-selling novel, One Day. Starring Anne Hathaway as Emma and Jim Sturgess as Dexter, the film follows their friendship from university for the next 18-years. The characters meet at the University of Edinburgh, so many of the opening and closing scenes are filmed at various locations around the beautiful city. Edinburgh itself is often cited as a filmmaker’s dream. Its iconic architecture, wide-open spaces and beautiful backdrops lend themselves excellently to similarly dramatic films. One Day ends on Arthur’s Seat, a short (but tough) climb that is open to the public, offering stunning views of the city and beyond.

BBC dramas have gone from strength to strength in recent years, and this one doesn’t disappoint. 55 Degrees North follows DS Nicky Cole, a detective from London who has relocated to Newcastle-upon-Tyne only to be faced with internal work politics, nasty crimes and important issues like racism and police corruption. The exterior of DS Cole’s police base can be found as a Royal Navy Reserve training centre, located next to the Baltic on the banks of the River Tyne. As the series is based in the North East, expect to see familiar scenes from around the city centre, as well as from gorgeous coastal towns like Tynemouth.

Arguably the most beloved series on our list, Life on Mars is a TV series set in Manchester and is another police/fantasy drama. Policeman Sam Tyler (John Simm) is hit by a car in 2006, wakes up in 1973 and finds himself working for the same police station as he does 30 years in the future. The show follows Tyler’s detective work but also his pursuit of the truth: has he truly time travelled, or is he hallucinating? Filmed in locations all around Manchester and beyond, the producers managed to turn the modern-day city into a 1970s version of itself. Visits to Mancunian Way, Pollard Street and Stopford House police station in Stockport will lead you to recognisable scenes from the show. 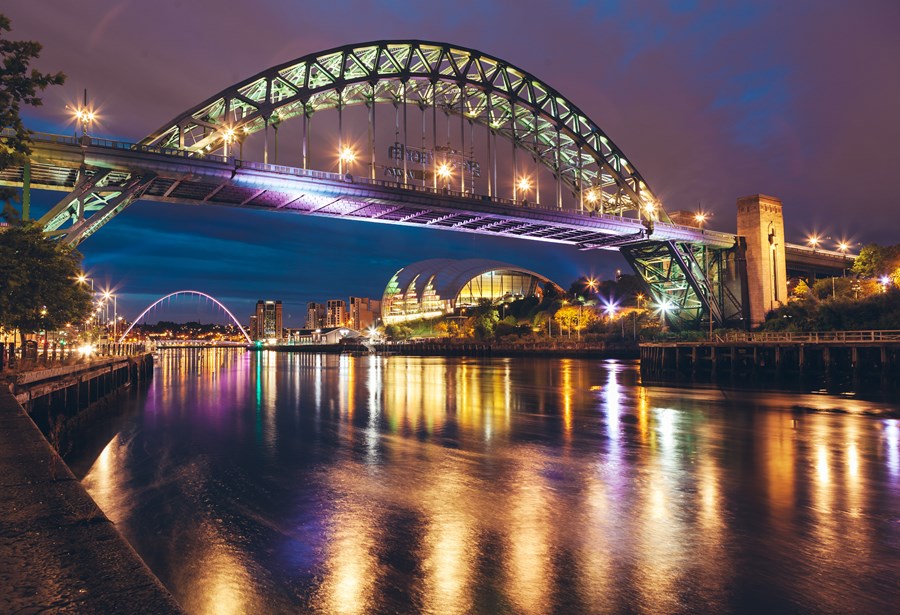 Once you’ve watched these TV and film classics, you understandably might have the urge to visit their locales. Luckily, if you can’t visit in person, our virtual tour of Britain can take you there - plus your favourite British attractions - from the comfort of your home.